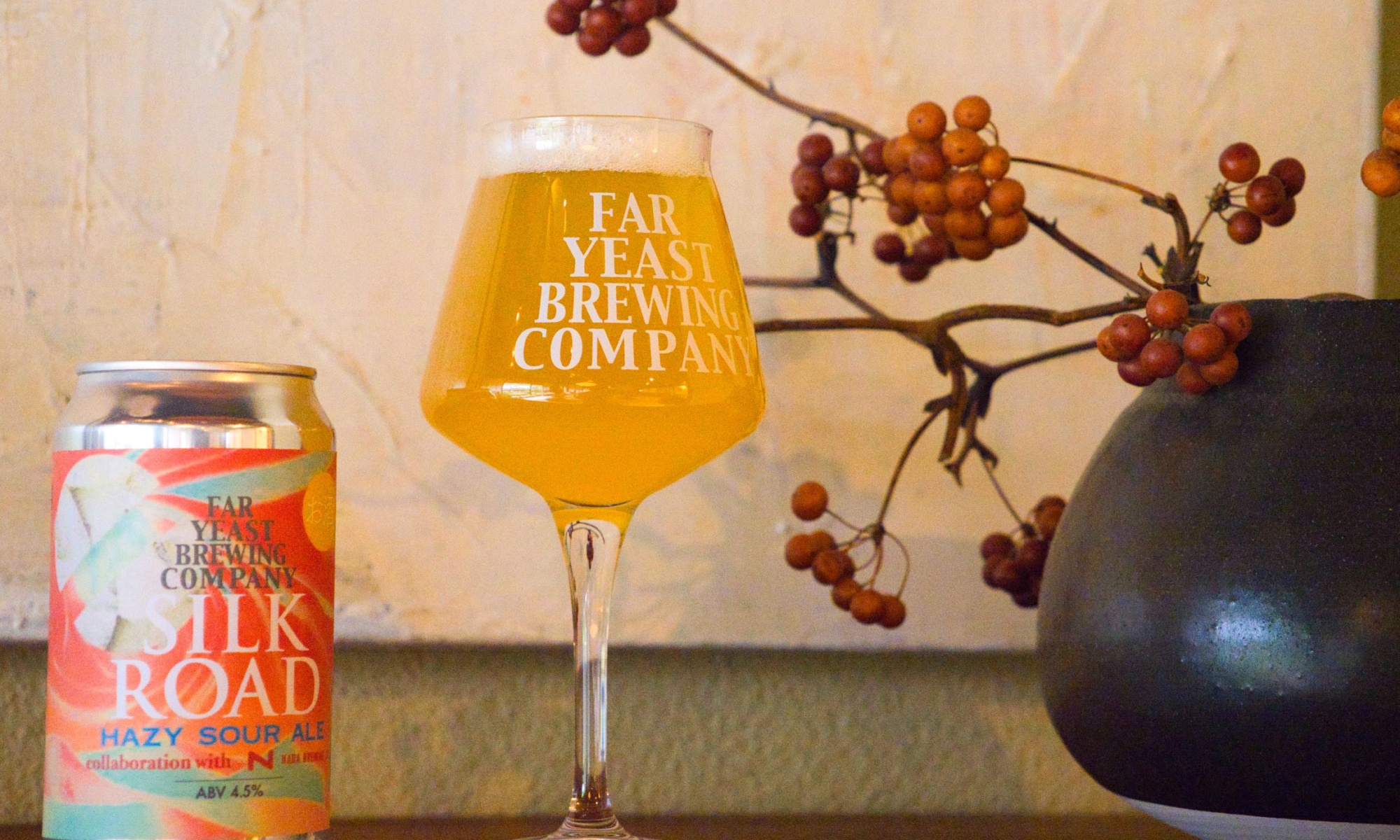 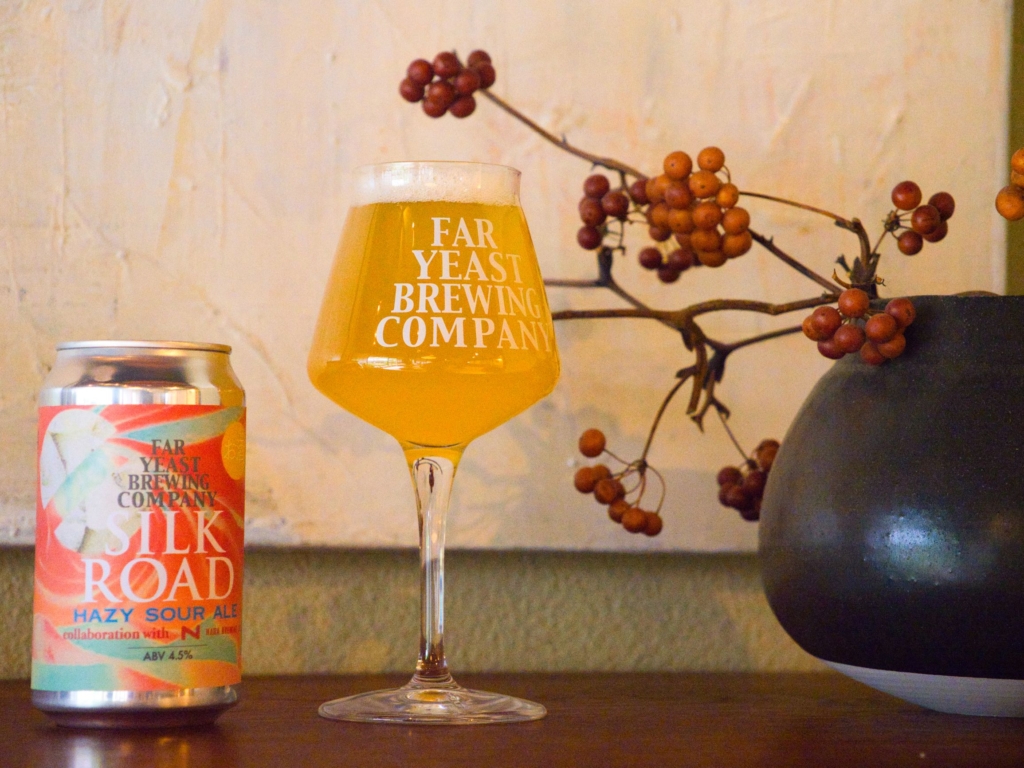 Silk Road ~Hazy Sour Ale~ is a refreshing summer beer brewed with lime. The slightly woody aroma of the lime is combined with the pine and citrus notes of the hops to create a silky smooth Hazy Sour Ale.

We have developed the recipe for Silk Road ~Hazy Sour Ale~ by bringing together the experience and knowledge of Nara Brewing and ours in each respective field of expertise. Nara Brewing has experience brewing beer with lime and using PhillySour yeast, and we do brewing hop-forward beers, sour beers, and using aged hops.

This time, we paid particular attention to yeast. We used Philly Sour yeast, a new yeast product that both companies have been focusing on recently. Taking advantage of its ability to perform lactic acid fermentation and alcoholic fermentation simultaneously, we used the yeast to fulfill all primary fermentation to bring out the sourness. In addition, we focused on the farnesene* of the Willamette hop because of its hop-resistant yeast characteristics and emphasized the woody aroma derived from the hop. This beer is a complex combination of refreshing lime aroma, sour ale flavor, and rich hop flavor like Juicy IPA. It is a product that challenges the creation of a new aroma.

It is one of the components in hop oil that brings a woody, herbal, and citrus aroma.

The name comes from the idea of “connecting the east and west of Japan with the beer” and the silky smoothness of this beer, just like the Silk Road, a historical trade route connecting the East and the West. The label was designed by Genki Kubo, who also creates labels for Nara Brewery’s products.  The label design by Genki Kubo, the label designer for Nara Brewing, softly expresses the freshness of experiencing a new alcoholic beverage, Hazy Sour, with a slightly surreal and mysterious world view.

To meet many craft beer fans in the Kanto and Kansai regions and enjoy our various beer flavors, Nara Brewery will be releasing another collaboration product in August. 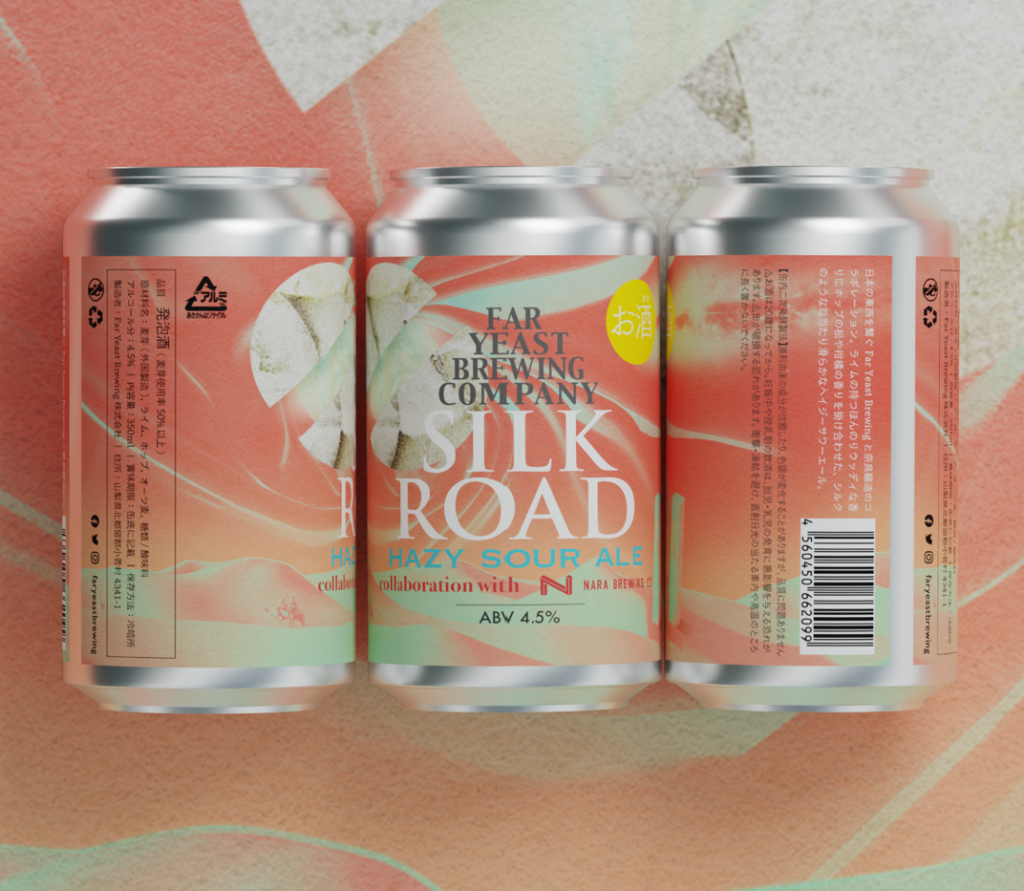 ■Online shop is from here： https://faryeast.stores.jp/

Nara Brewing is a brewery in Nara City that started brewing in the summer of 2018. Nara Brewery’s motto is “Pleasuring beer selection.” The brewery has produced over 70 different beers delivered all over Japan, from Hokkaido in the north to Okinawa in the south. The taproom is open only on weekends, and you can enjoy a freshly brewed beer on the premises or take it away.