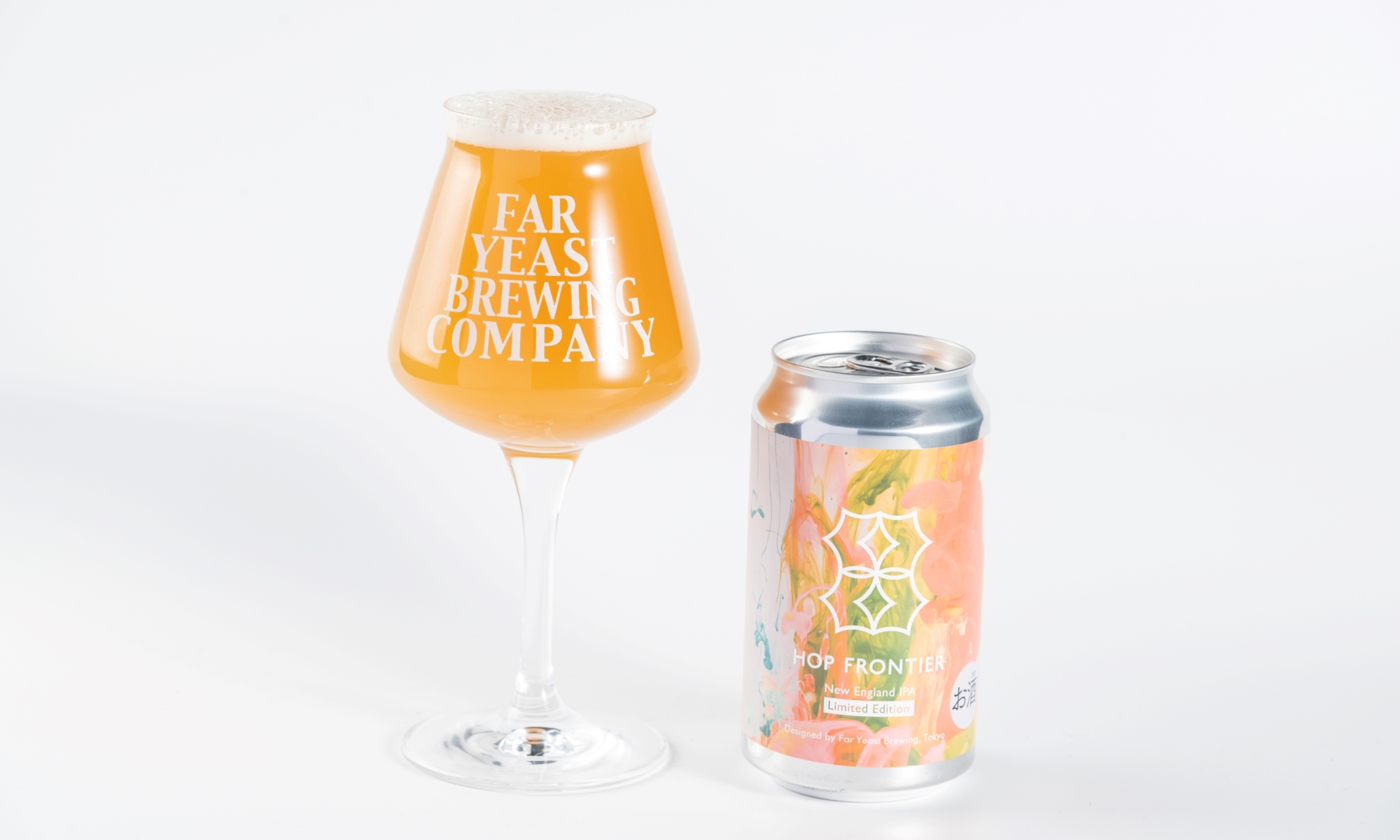 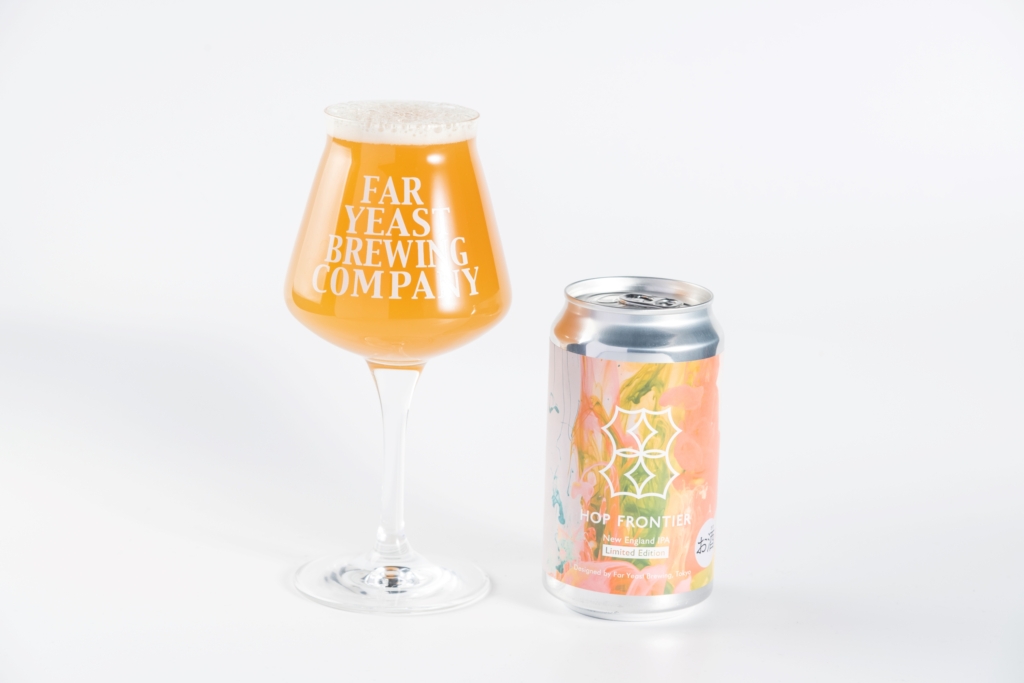 Hop Frontier, which was one of the first beers in Japan to implement the latest hop theory and advanced brewing methods, uses a scientific approach to maximize hop aroma components.Focusing on Survivables, ingredients that are not lost through the brewing process and that are said to have a high aromatic impact in the finished beer, we have explored brewing methods that effectively extract these aromatic ingredients and are taking on the challenge of maximizing the aroma of hops.

◾️Emphasis on sweetness and mouthfeel while maintaining intense aroma

For this second release, “Far Yeast Hop Frontier New England IPA, we focused on the beer yeast. We used a yeast that is less fermented than the original “Hop Frontier” to emphasize the sweetness. The alcohol content has been increased, so the body from the malt can be felt clearly.It is an experimental limited edition beer that emphasizes sweetness and mouthfeel compared to the dry original, while maintaining the concept of Hop Frontier, which is full of fruity and tropical aromas. When compared to the original, the difference in taste due to the yeast can be enjoyed.

Far Yeast Hop Frontier New England IPA will go on sale nationwide on February 1 (Tuesday). Our online store will begin accepting pre-orders from 1:00 p.m. on Tuesday, January 25 (shipping will begin on or after Friday, January 28).

At our directly-managed stores, Far Yeast Tokyo Brewery & Grill in Tokyo and BEERHOLIC in Fukuoka, we will also be offering a set of Hop Frontier and two limited editions to compare each taste from February 1 (Tuesday). The online store will also offer a set of three bottles to enjoy all three at the same time.

Available only at the online store.