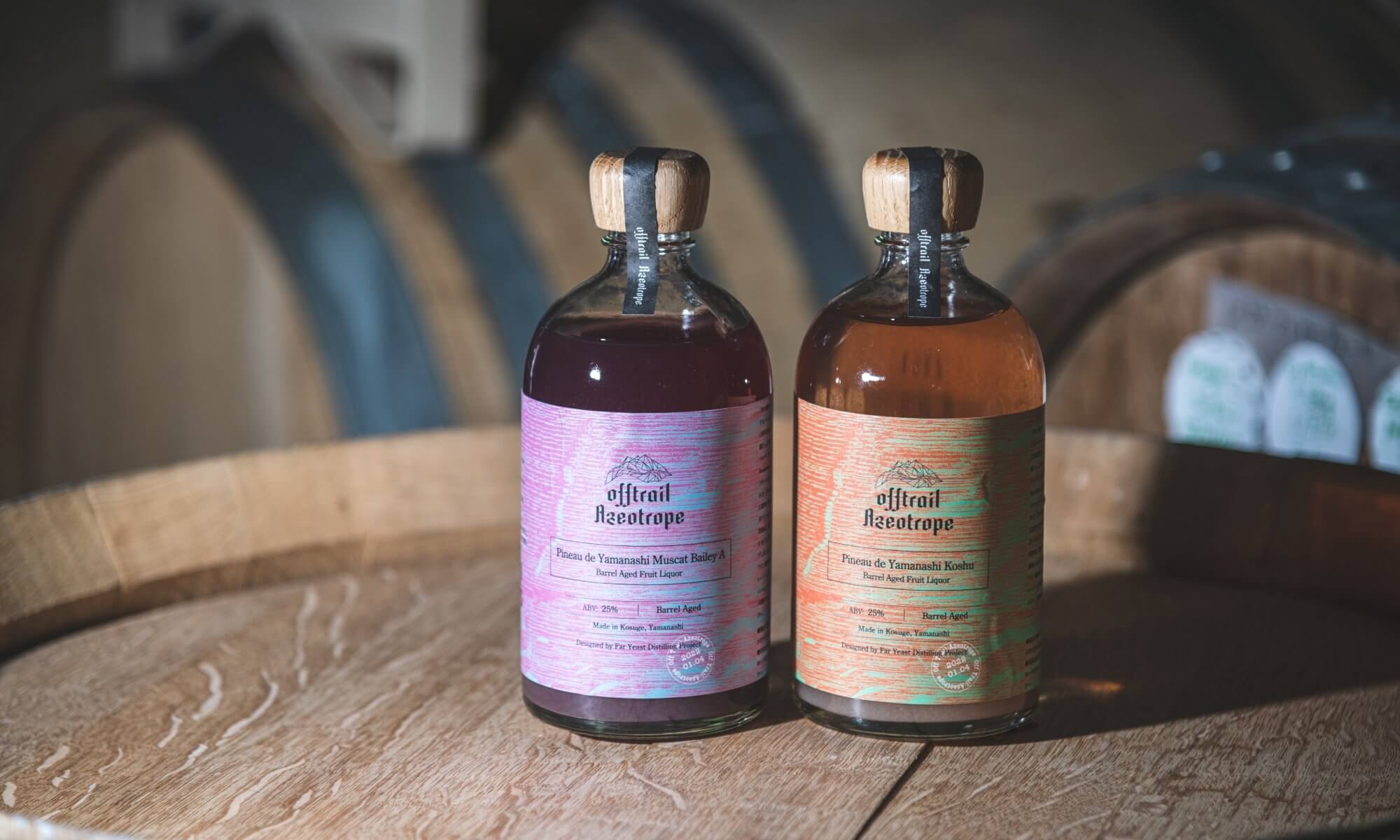 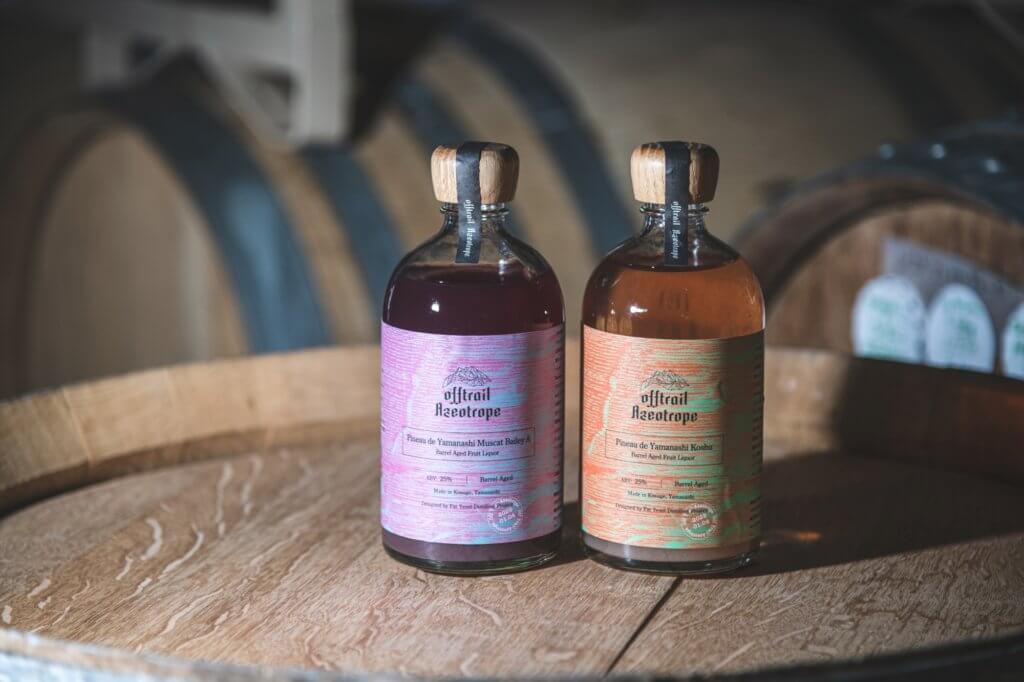 ■New liqueur from “Azeotrope”, a crossover brand of beer and spirits

This time, we are releasing two types of fruit liqueurs, one a barrel-aged spirit made from KAGUA, our regular beer made with yuzu and sansho, and the other blended with grapes produced in Yamanashi Prefecture.

This new style of distilled spirit is inspired by Pineau Des Charentes, which is made in the Cognac region of France by adding cognac brandy to unfermented grape juice and aging it.

KAGUA  was carefully distilled twice in a single distiller (pot still) at the Braeckman distillery, which has a history of over 100 years in Belgium, and then transported to Japan, where it was aged for 9 months in red wine French oak barrels at Far Yeast Brewing’s headwaters brewery in Kosuge Village, Yamanashi Prefecture. Finally, it was blended with Yamanashi grape puree and bottled unfiltered.

The color of each grape variety is brought out in the finished product, and because it is unfiltered, the pulp remains and the natural grape flavor can be enjoyed. We recommend mixing well and serving with carbonated water.

Ingredients: Spirits (made in Belgium)

Ingredients: Spirits (made in Belgium)

Off Trail – Azeotrope began in October 2021 is a craft spirits brand designed as a crossover between beer and spirits. Off Trail – Azeotrope is an offshoot of the Off Trail project, an advanced brewing program using diverse microflora and barrel aging. The brand’s mission is to make innovative spirits and liqueurs.

An “azeotrope” is a mixture of two or more liquids that retains the same composition ratio before and after boiling. The name “Azeotrope” symbolizes Far Yeast’s crossover between beer and spirits, the former being the current specialty and the latter a new endeavor.