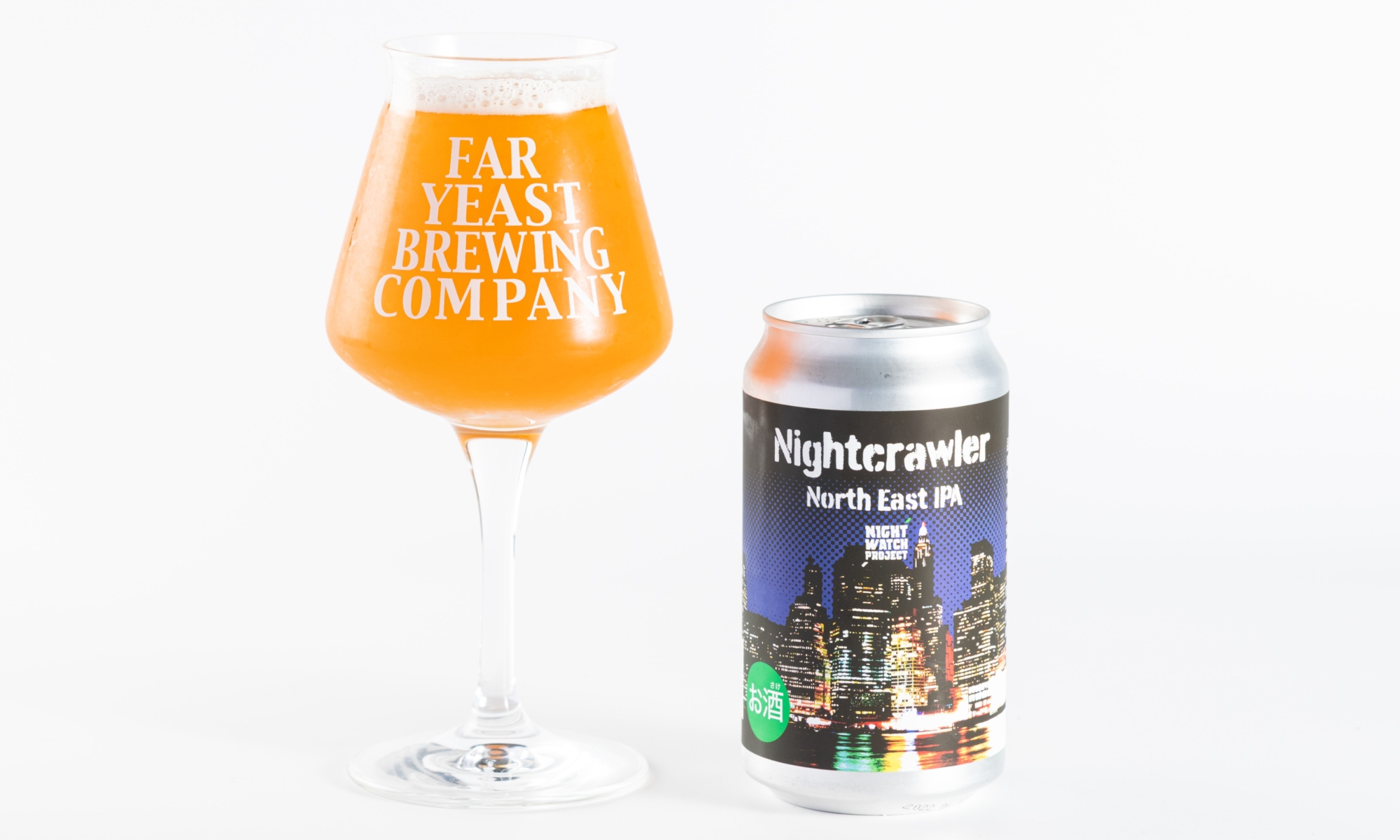 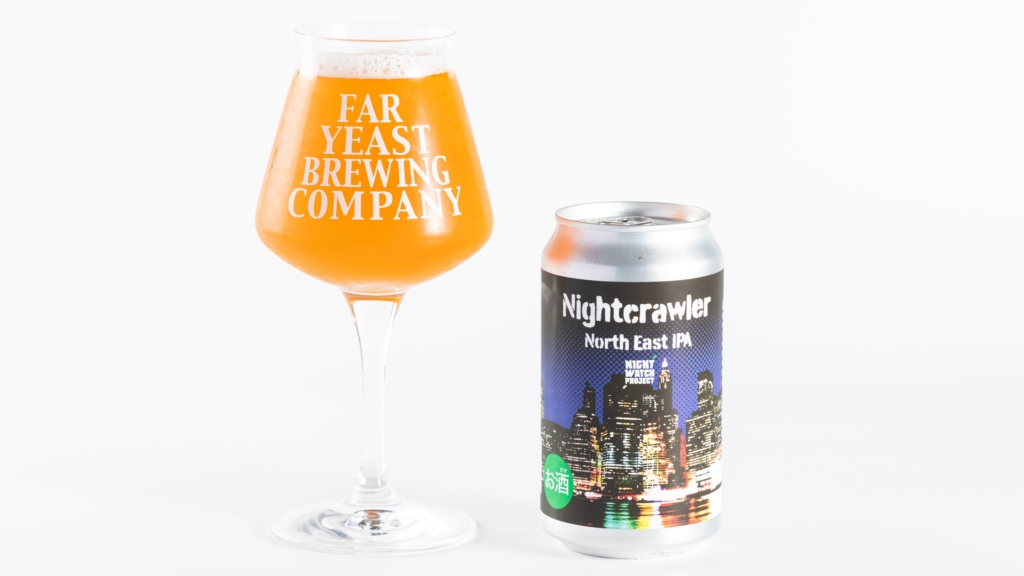 The eighth installment, NIGHT WATCH PROJECT #8 Nightcrawler North East IPA, is a reissued version of Far Yeast Nightcrawler, developed in collaboration with craft beer magazine TRANSPORTER and released in 2018. It won 5th place in the IPA category of the JAPAN BREWERS CUP 2018.

Far Yeast Nightcrawler was the first Hazy IPA brewed by Far Yeast Brewing, and it was a hit that sold out on the first day of shipment. Over three years later, the new brew focuses on double dry hopping and biotransformation to bring out the fruitiness of the hops in abundance. A result of continuous research and improvement of brewing techniques, this beer is of higher quality and more aromatic than ever. It is a crisp and bitter Hazy IPA with hop aromas of stone, tropical, and citrus fruit from Mosaic hops and Citrus hops.

※1  What is biotransformation?

Biotransformation is a chemical change that occurs when yeast reacts with the extracted ingredients of hops during fermentation. It creates new aroma compounds that never are from only hops use.

Due to the nature of the style, the hop flavor diminishes quickly, so we recommend that you consume it as soon as possible, even within the expiration date.

The core concept of this brand is “Craft Beer x Creativity x Entertainment.” We, Far Yeast Brewing, are in charge of brewing the beer and will provide an experience of surprise, excitement, and fun. The first in this brand was, BIRTHDAY GREETING HAZY IPA, which took second place in the IPA category of the JAPAN BREWERS CUP in January 2020.