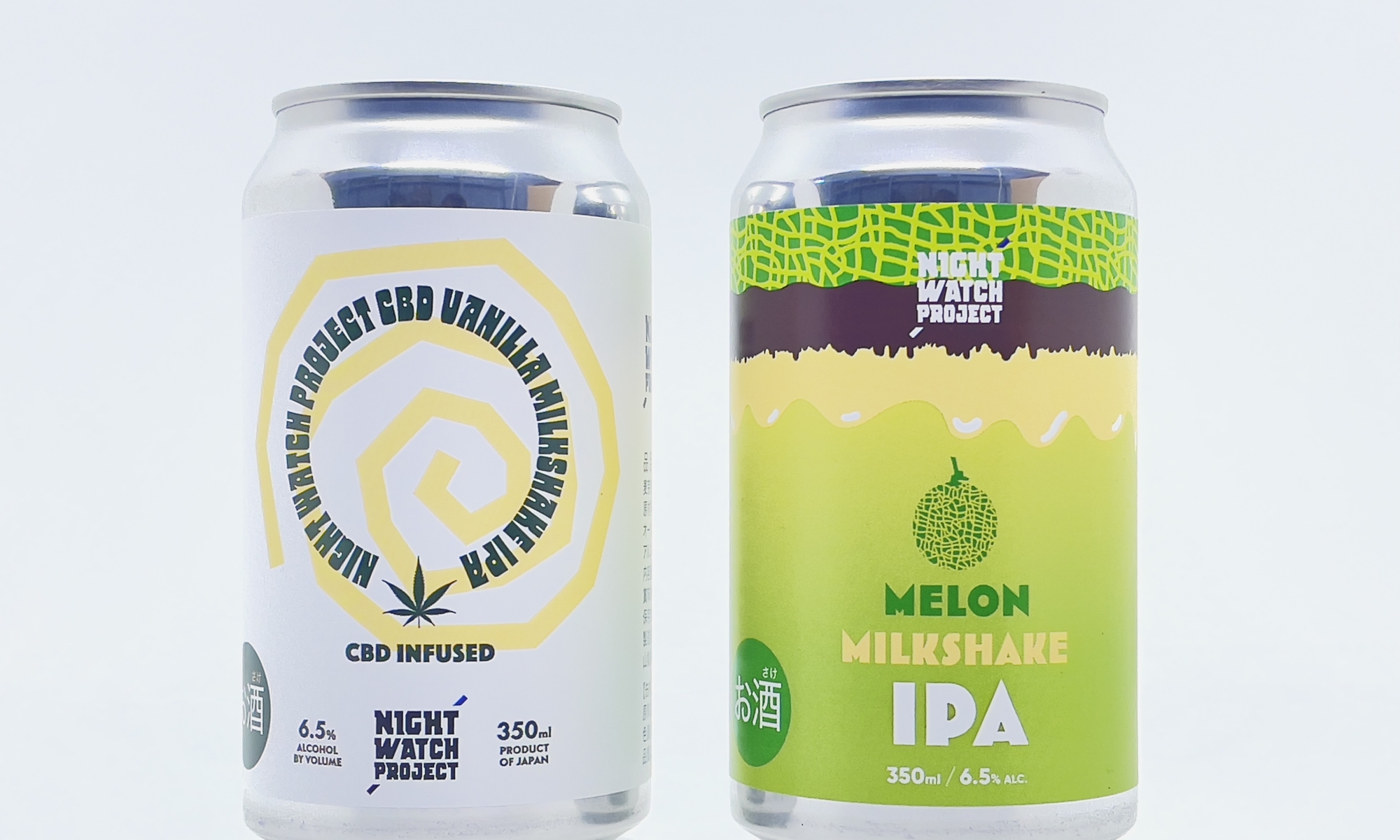 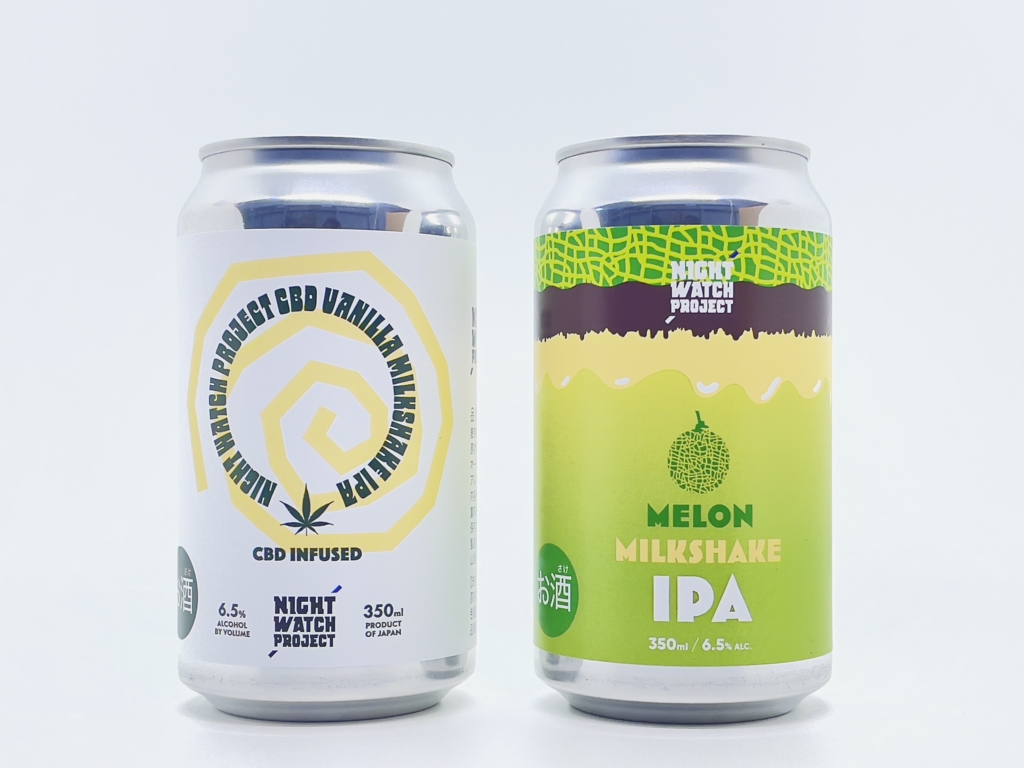 The “NIGHT WATCH PROJECT” is a unique concept project launched at the end of 2019 by a group of beer lover professionals from various business fields such as fashion, graphic design, architecture, and beer brewing.

The “Melon Milkshake IPA” has a unique aroma of nostalgic Melon Soda with a hint of hops. The other is “CBD Vanilla Milkshake IPA,” which uses CBD (cannabidiol), an ingredient that has become a big boom in the beauty and health industry in the United States in recent years.

Both are perfect for relaxation, and each has its unique flavor.

This Milkshake IPA*1 is characterized by a smooth and mellow mouthfeel like a milkshake and a juicy and impactful aroma like a dessert.

For this base beer, we have added more lactose than ever before to make a sweet and full-bodied Milkshake IPA. We also used five different types of citrus aroma hops and hop products.

In particular, we used a lot of CRYO HOPS®*2 , a hop product with concentrated aroma components, and dry-hopped it multiple times to fully bring out the aroma of the hops.

To enhance the actual flavor and aroma of beer, only the lupulin, which contains the ingredient that gives beer its aroma, is condensed from the ball flower of the hop and made into pellets. It can effectively extract only the aroma components with a smaller dosage than regular hop pellets, creating a more robust hop aroma and flavor experience while reducing the greenness and astringency components.

The base beer is made with plenty of hops and lactose and added carefully selected melon flavor.

A juicy and dank Milkshake IPA with an impactful melon flavor and citrus aroma of hops that bursts from the moment you pour it into your glass.

It contains CBD, which is expected to have a relaxing effect. The lactose content has been increased from the highly popular DAB CBD Hazy IPA, the third installment of the Night Watch Project, for a more dessert-like taste. The result is a Milkshake IPA with a sweeter aroma and flavor than its previous release and a smooth and pleasant mouthfeel.

◆To purchase at the online store here