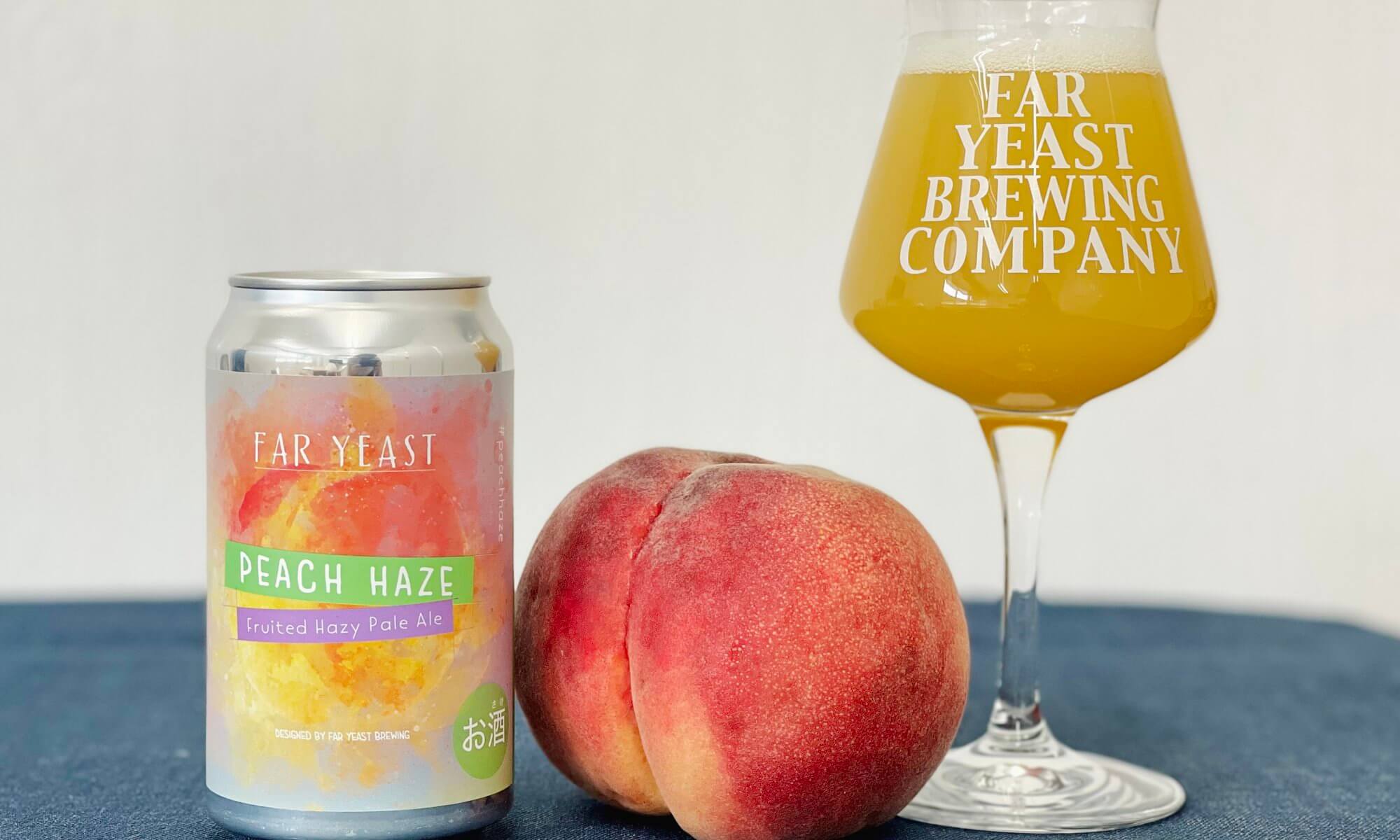 Craft beer brewery Far Yeast Brewing Co., Ltd. (Headquarters: Kosuge Village, Yamanashi Prefecture, Representative Director: Shiro Yamada) that has been introducing beers full of originality from Japan to the world, has decided to make Far Yeast Peach Haze, a seasonal product made with peaches from peach farmer Peach Senka Yamashita (Yamanashi City, Yamanashi Prefecture; Representative Director: Kazuhiro Yamashita) as a seasonal standard product every spring and summer on an ongoing basis. This year’s product is scheduled to go on sale on Wednesday, June 1, and we have started brewing. 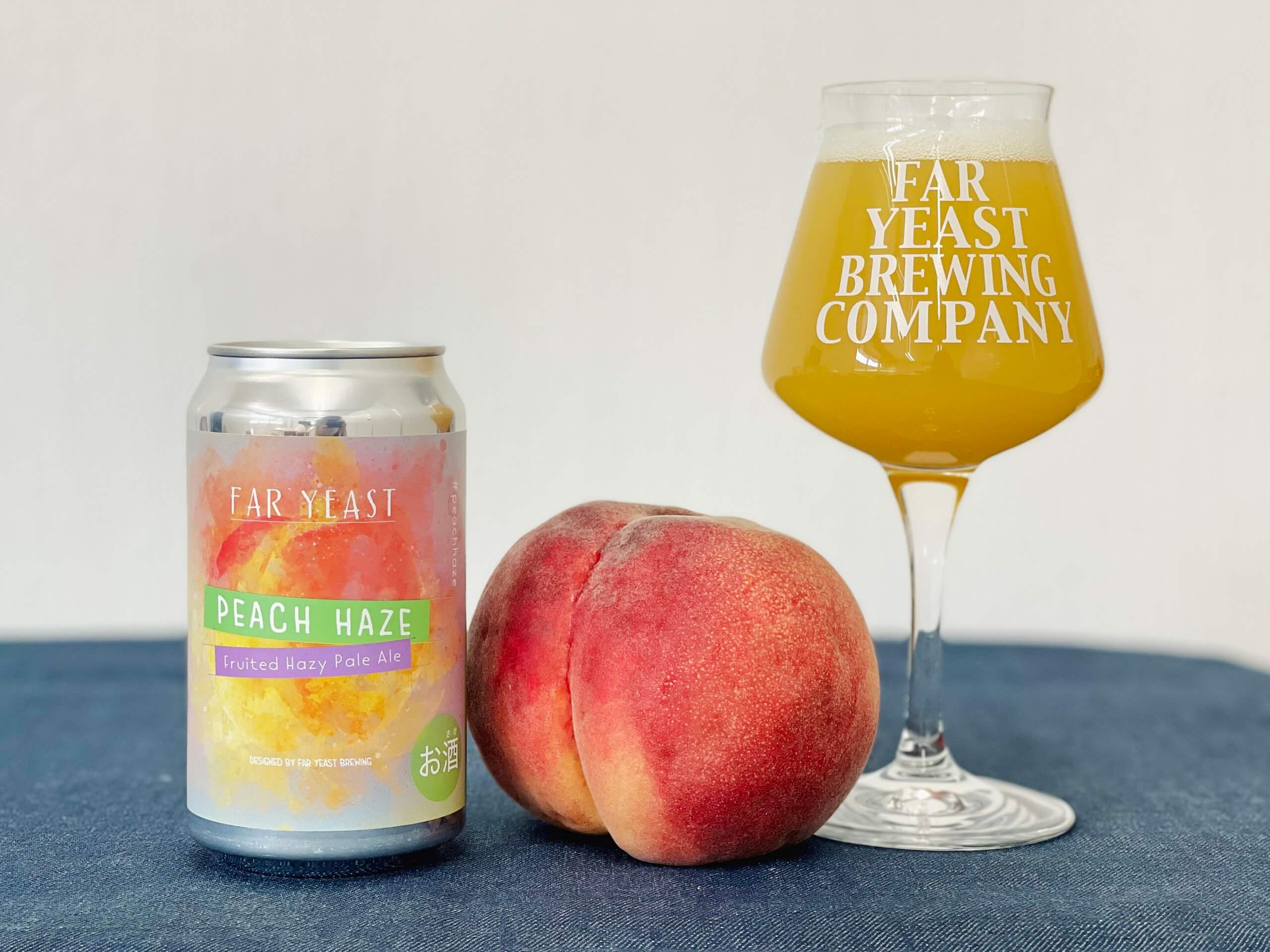 ■Peach Haze, a popular product that has sold out in pre-orders for the past two production runs, will become a regular product every year for the spring and summer seasons.

The limited release was the first product of the “Yamanashi Support Project,” which cooperated with local producers. It was a countermeasure for the decline in tourists to Yamanashi Prefecture due to the COVID-19 impact. We used beer to communicate the attractions of Yamanashi, and the product became a hot topic among craft beer fans. Due to the product’s popularity, it was re-brewed last year in 2021 too. We introduced a new squeezer system that could process the juice thoroughly, improving the work efficiency, so we used approximately 1,000 kg of peaches to make twice as much as the previous year. However, it was still sold out very quickly by reservation as last year.

This year will be the third year since we started selling the product, and we have decided to sell it at an early stage and have begun brewing. From now on, “Peach Haze” will be positioned as a seasonal staple product for spring and summer, and by brewing it every year, we aim to attract and establish a hard-core fan base. We also plan to sell a new product made with freshly harvested peaches in August this year. We are strengthening our production system to meet the demands of our fans and are preparing to deliver our products to a large number of peach beer fans.

Peach Haze is a Hazy style fruit pale ale made with plenty of peaches from Peach Senka Yamashita, a peach farmer in Yamanashi City. Peach Haze utilizes outside-of-specification peaches that cannot be sold on the general market due to their poor appearance.

Peach Senka Yamashita focuses on sixth industrialization, processing outside-of-specification peaches into juice and gelato for sale. This time, 1,000 kg of peaches harvested in 2021 and frozen for processing will be used to make 6,000 L of “Peach Haze.”

The Peach Haze to be brewed this time is scheduled to go on sale to the general public on Wednesday, June 1, with orders for wholesalers starting on Monday, April 25. This year, Peach Haze will also be served at the Peach Farmer Cafe La Pesca, which is operated on the premises of Peach Senka Yamashita, from mid-June. We will continue to collaborate with agricultural producers and other businesses in Yamanashi Prefecture to bring you a variety of made-in-Yamanashi beers. 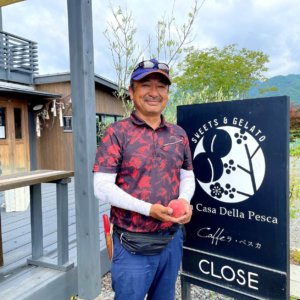 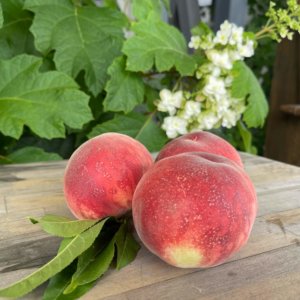 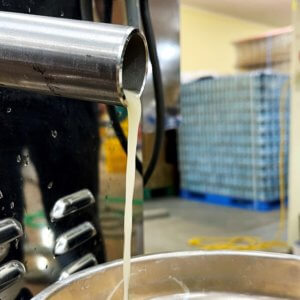 Product Type: Happoshu (malt content of at least 25% but less than 50%)