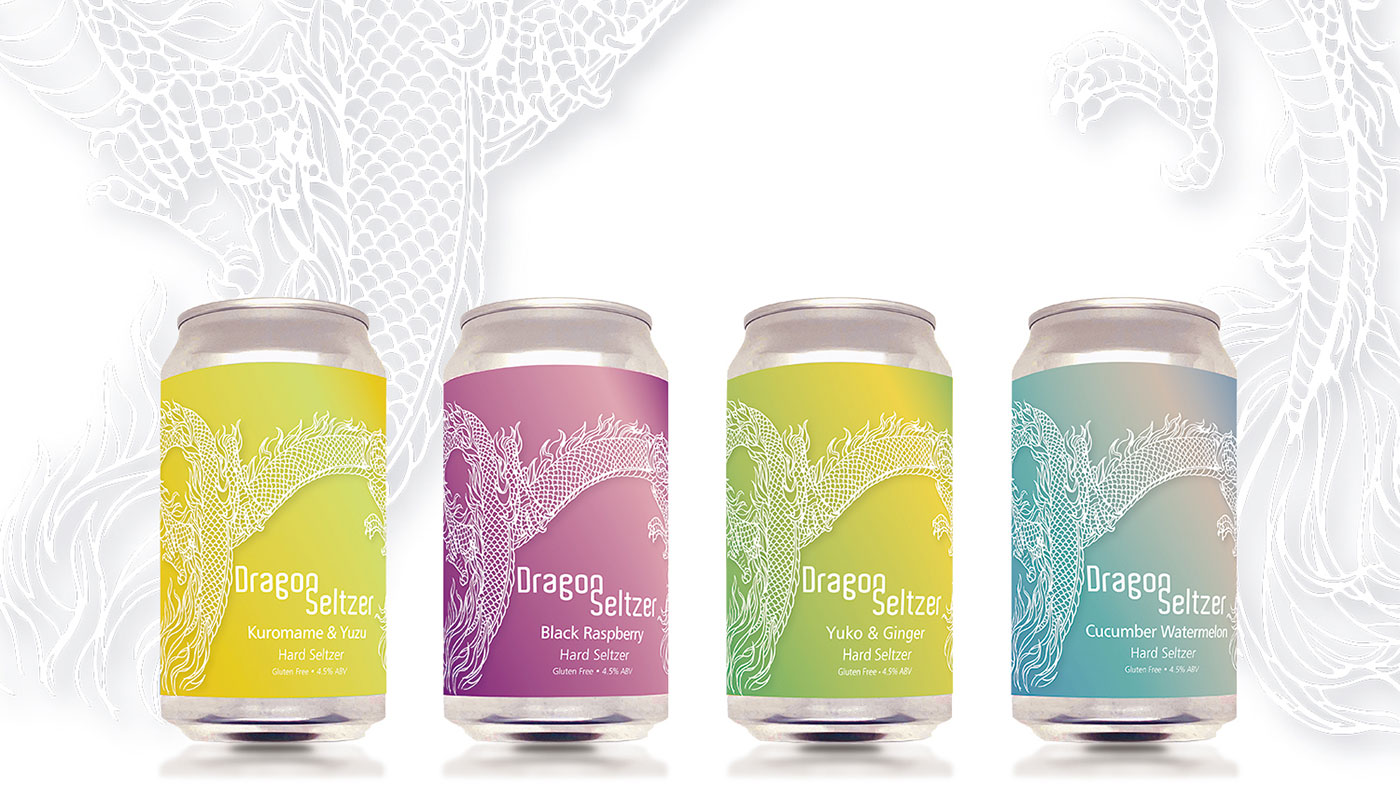 A Japanese craft beer maker Far Yeast Brewing, which sends beer full of originality from Japan to the world, has collaborated with Hong Kong craft beer maker Double Haven Brewing to make hard seltzer, a big booming in the United States. The new product “Dragon Seltzer”, which is the booming liquor “Hard Seltzer” will be on sale from March 26th (Friday). Pre-order sales will start on March 9th (Tuesday) at Far Yeast Brewing online store. 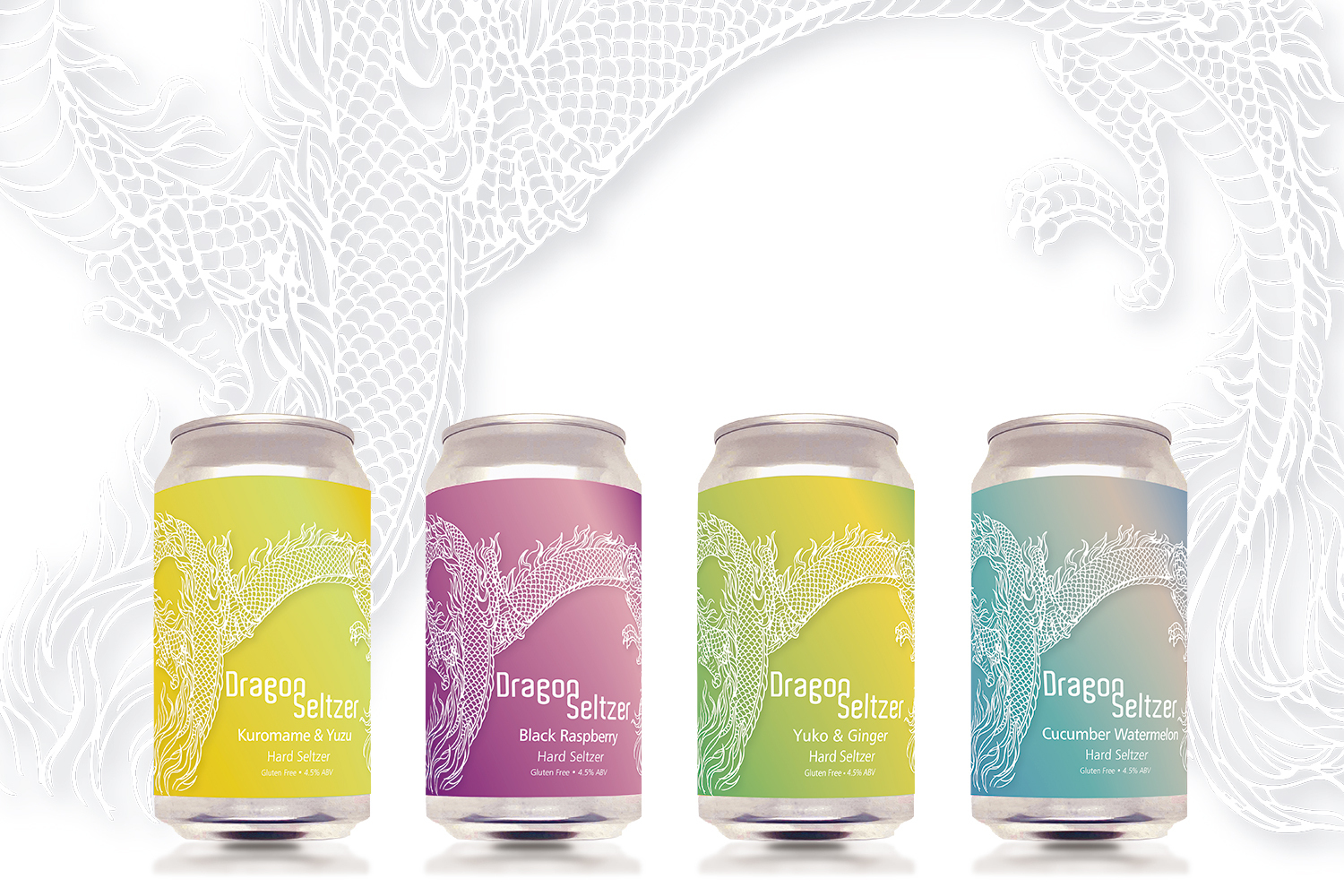 Hard seltzer is a brewed liquor that is based on alcohol produced by fermentation with sugar derived from sugar cane, flavored with natural fruits, etc., and diluted with carbonated water. Speaking of carbonated alcohol beverage, chuhai can be imaged easily in Japan, but chuhai is different from hard selzer in that it uses distilled liquor such as vodka and shochu.

In the United States, it became a boom from around 2019, and its popularity will accelerate further in 2020. According to market research firm Nielsen, sales for the 15 weeks during mid-June 2020 were four times higher than in the year-ago quarter. Since the manufacturing method is similar to beer, major beer makers are entering the United States market one after another. It is also made and popular at craft beer breweries.

Low-carbohydrate, gluten-free, and low-calorie hard seltzer is highly favored by millennials, who are particularly health-conscious. The alcohol content is not too high, and it has a fruity taste but is not sweet too much and has a refreshing and light drinkability.

In Japan as well, people’s interest in healthy alcoholic beverages is increasing, as sales of low-carbohydrate and zero-carbohydrate beer-based beverages are increasing in response to growing health consciousness due to the spread of Covid-19.

This time, we will sell a hard seltzer in collaboration with Hong Kong’s famous craft beer brewery Double Haven Brewing for the Japanese domestic market.

Double Haven Brewing manufactures not only beer but also the hard seltzer product, “Dragon Water” in Hong Kong and has been selling since 2020. This is the first time Far Yeast Brewing has worked on a hard seltzer.

We sell our own brand craft beer not only in Japan but also in 23 countries around the world (as of March 2021), and we have a track record of producing many collaborative beers with breweries all over the world. For the first time, we have teamed up with Double Haven Brewing to jointly develop hard seltzer  products for the Japanese market.

Double Haven Brands (Hong Kong) and Far Yeast Brewing (Japan) are excited to announce a collaboration on a limited run of Spiked Seltzers for the Japanese market, to be released in mid-March as Dragon Seltzer.  Four exotic flavors are on the docket, with a mix of Japanese and Asia-Pacific flavors.  They are Cucumber Watermelon, Black Raspberry, Yuko Ginger, and Kuromame Yuzu.

Double Haven’s Dragon Water is the number one Spiked Seltzer brand in Hong Kong, and Far Yeast is one of Japan’s premier craft beer brewers, with…..  This collaboration will be one of the first times low sugar, gluten-free, 4.5% ABV Seltzers have been brewed in Japan for Japan.  And we can’t wait to crack one open under the mid-March Sakura blossoms.

■There are 4 flavors of “Dragon Seltzer”

One of the features of Hard seltzer is that you can enjoy fresh fruit flavors.

There are four flavors of “Dragon Seltzer”: Brackraspberry, Cucumber Watermelon, YukoGinger, and Kuromame Yuzu. Of these, Yukou x Ginger and Yuzu x Kuromame are the original flavors developed using materials unique to Japan.

A Member of Double Haven Brewing visited “Far Yeast Brewing Headwaters Brewery” in Yamanashi and we tested  the several  aroma flavors and their ratios together, and decided each recipe.

Spiked with an energizing blast of Black Raspberry, Dragon Seltzer’s gluten free alcohol and natural flavors provide a berry satisfying punch of pure refreshment. Ready to drink as is, or pair with a hike up your favorite mountain trail for an exceptionally rewarding experience. 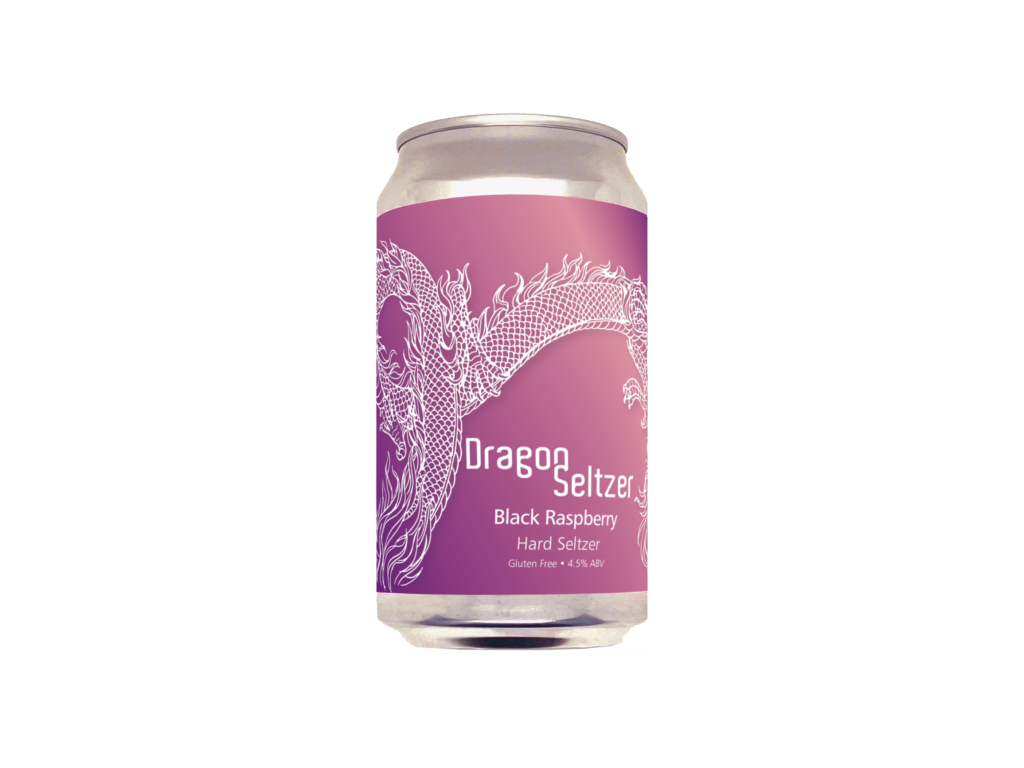 Infused with gentle hints of Cucumber and Watermelon, Dragon Seltzer’s gluten free alcohol base and natural flavors provide the perfect way to turn any day into a spa day. Ready to drink as is, or garnish with fresh sliced cucumbers for that extra touch of calm serenity. 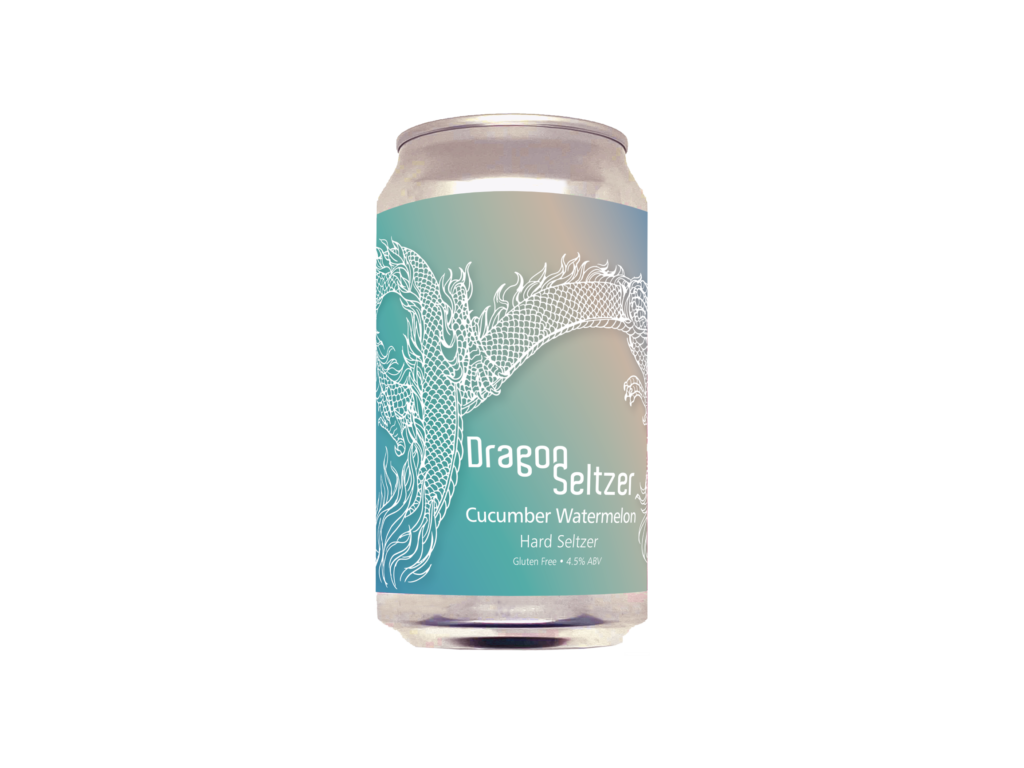 Instilled with zings of Yuko and Ginger, Dragon Seltzer’s gluten-free alcohol and natural flavors provide the perfect clean citrusy end to a hard day’s work. Ready to drink as is, or shared with smiling friends under the sakura blooms. 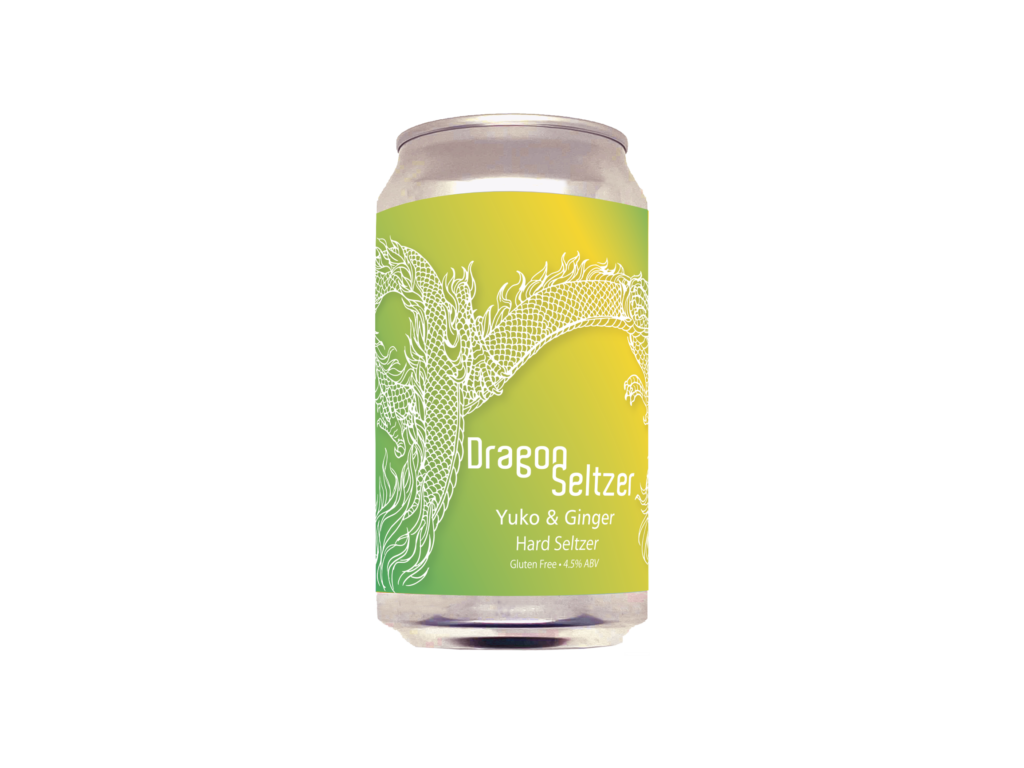 Mellowed with earthy hints of Kuromame and Yuzu, Dragon Seltzer’s gluten-free alcohol and natural flavors provide a wonderfully nostalgic taste of the Japanese countryside. Ready to drink as is, or enjoyed with a view of pine trees .and snow-capped mountains 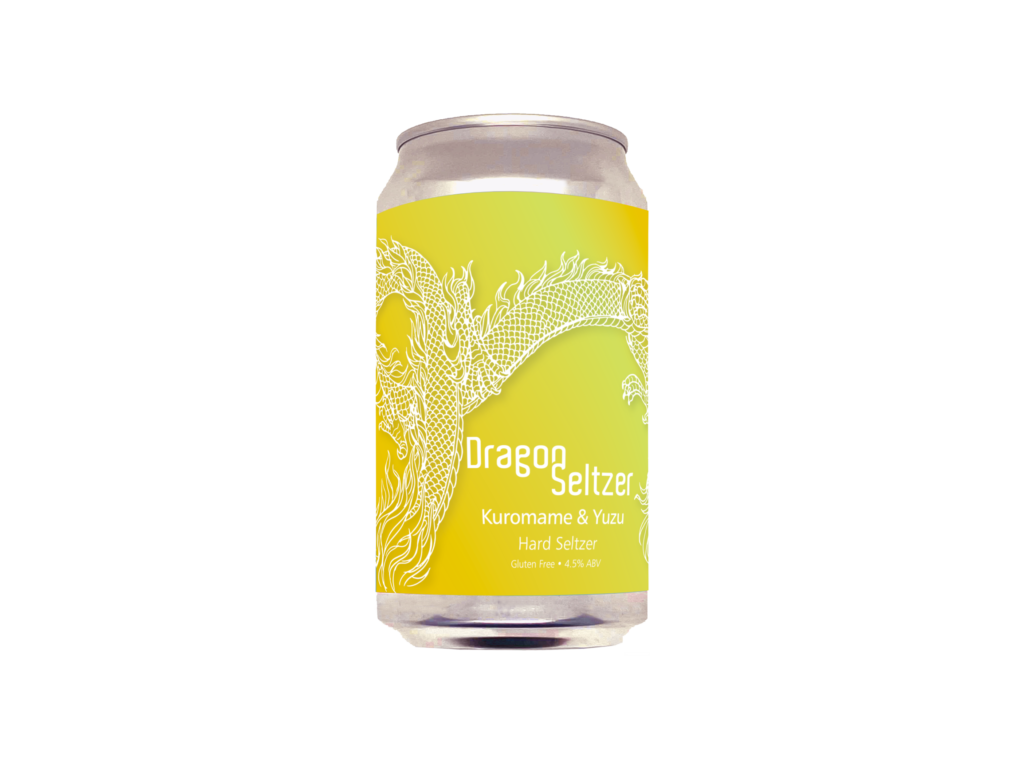 Double Haven Brewing is one of the leading craft beer breweries in Hong Kong .They produce high quality beer at the brewery in FO TAN, Hong Kong.In addition to beer, they also brew  innovative drinks such as Dragon Water Spiked Seltzers.

[About Far Yeast Brewing Co., Ltd.]
“Democratizing beer” – Developed under the mission to “re-establish the diversity and abundance of true beer culture, which has sadly been hidden by relentless over-commercialisation.” To achieve this goal, we enlist our Japanese flavored beer brand “Kagua,” Tokyo themed brand “Far Yeast,” and Innovative beer brand “Off Trail” to spread our distinctive beers to the world.