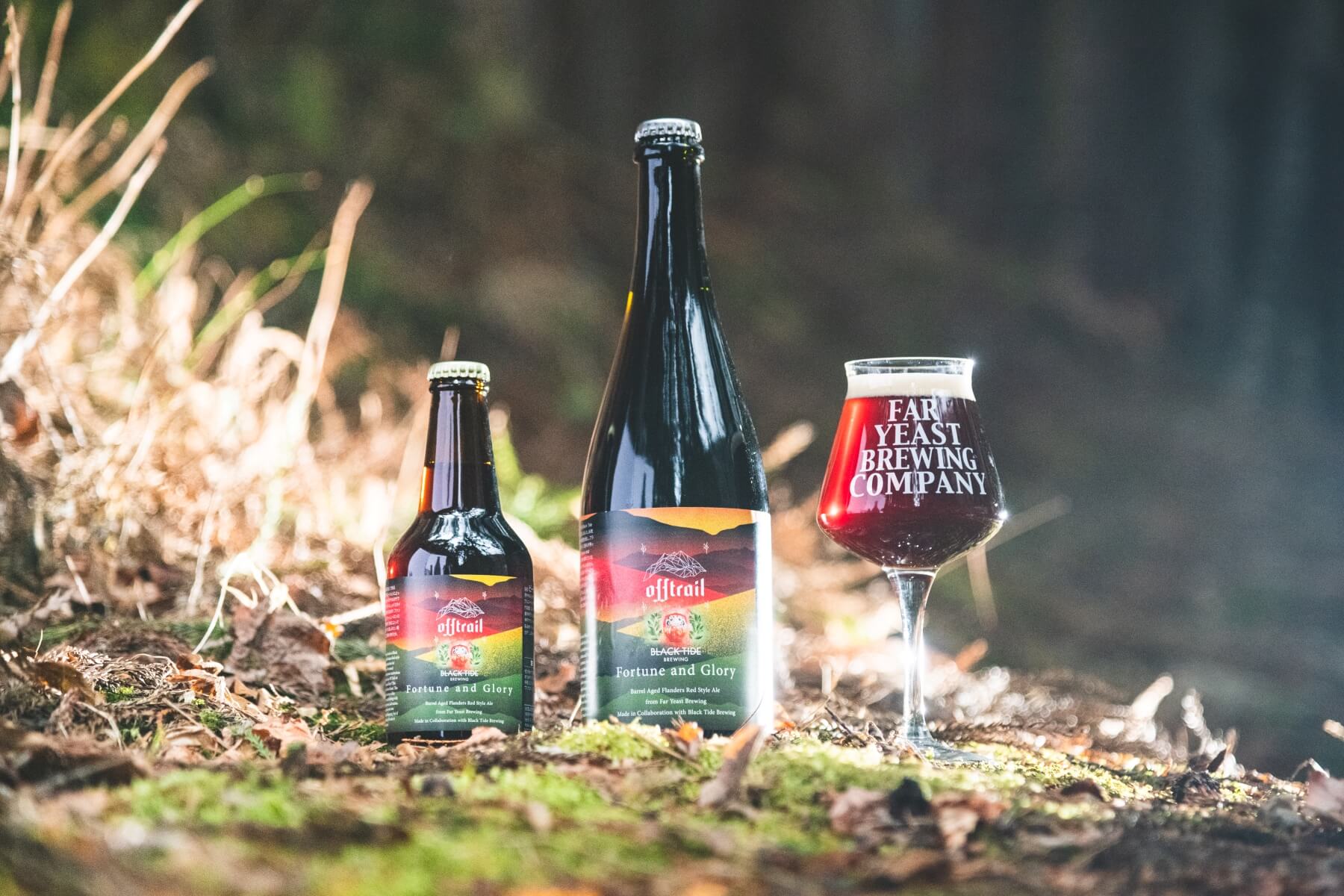 Craft beer brewery Far Yeast Brewing Co., Ltd. (Headquarters: Kosuge Village, Yamanashi Prefecture, Representative Director: Shiro Yamada) that has been introducing beers full of originality from Japan to the world in collaboration with Black Tide Brewing, a brewery in Kesennuma, Miyagi Prefecture, will release “Off Trail #22 Fortune and Glory,” a traditional Belgian Flanders Red style beer, to the public on Saturday, March 26, 2022, with pre-orders available on the official online store from 1:00 pm on Tuesday, March 8. 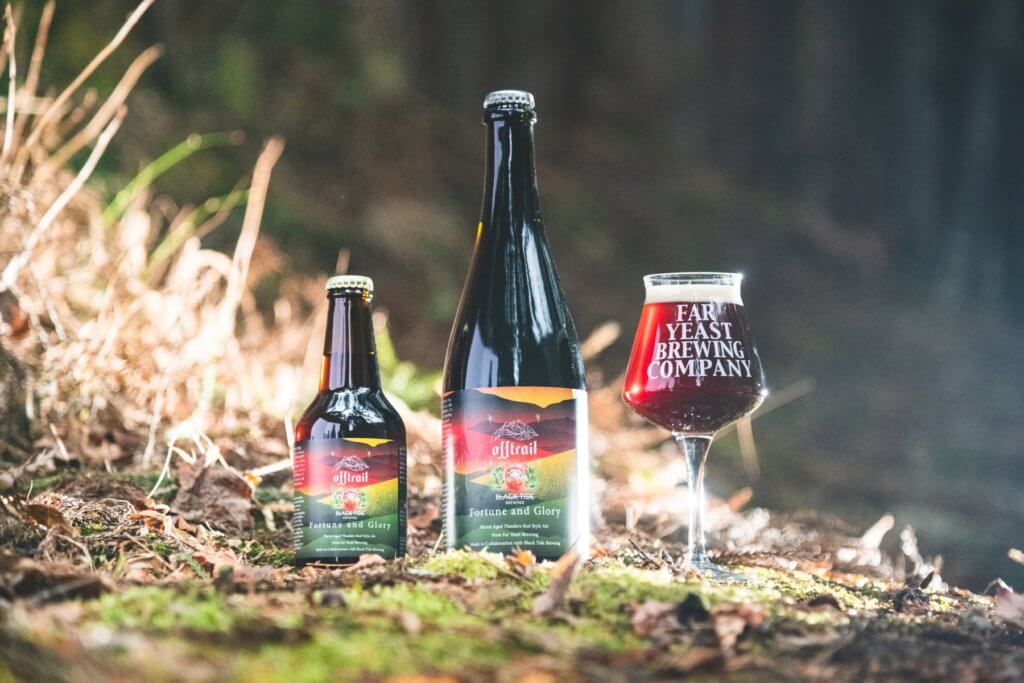 This first collaboration with Black Tide Brewing is an experimental beer that challenges what can be achieved using only malt, hops, water, yeast, and bacteria, with no fruit or spice secondary ingredients. Paying homage to traditional Belgian sour beers, we created a Flanders Red style beer that both brewers prefer. Flanders Red Ale is an ale beer that has long been made in the Flanders region of Belgium. It is aged for a long time in oak barrels, and during the aging process, lactic acid bacteria living in the barrels give it a unique sour taste. The aroma of the oak barrels and the astringency of the tannins are also infused into the beer, giving it a full-bodied, red wine-like flavor.

If you are not used to drinking sour beers, you may be surprised by the taste of this beer. It starts with a potent sourness on the palate, followed by pear, pineapple, prune, and raisin flavors. This beer offers the depth of flavor of a barrel-aged beer expressed with only the minimum ingredients. We named this beer “Fortune and Glory” to evoke the image of an adventurer in search of unknown flavors and the deliciousness that awaits you. This beer is a must-try for those who love sour ales and barrel-aged beers and those who are looking for a different beer experience.

This beer also ages well in the bottle, gaining even more depth over time. If you want to enjoy it right away, transfer it to a decanter and let it air out, mellow the acidity and make it easier to drink. 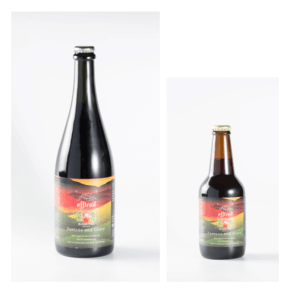 Off Trail Fortune and Glory

Black Tide brewery has the vision of “making world-class craft beer from Kesennuma City, Miyagi Prefecture. Diverse background members established the brewery after the Great East Japan Earthquake on March 11, 2011, hoping to contribute to the recovery and reconstruction of Kesennuma. Black TIde Brewery has been delivering the best craft beer from Kesennuma to the rest of Japan and the world. The brewery’s name is derived from the “Black Tide,” a powerful ocean current that flows along the southern coast of Japan and near Kesennuma, and the words “Black Tide” in the logo also depict wave lines.