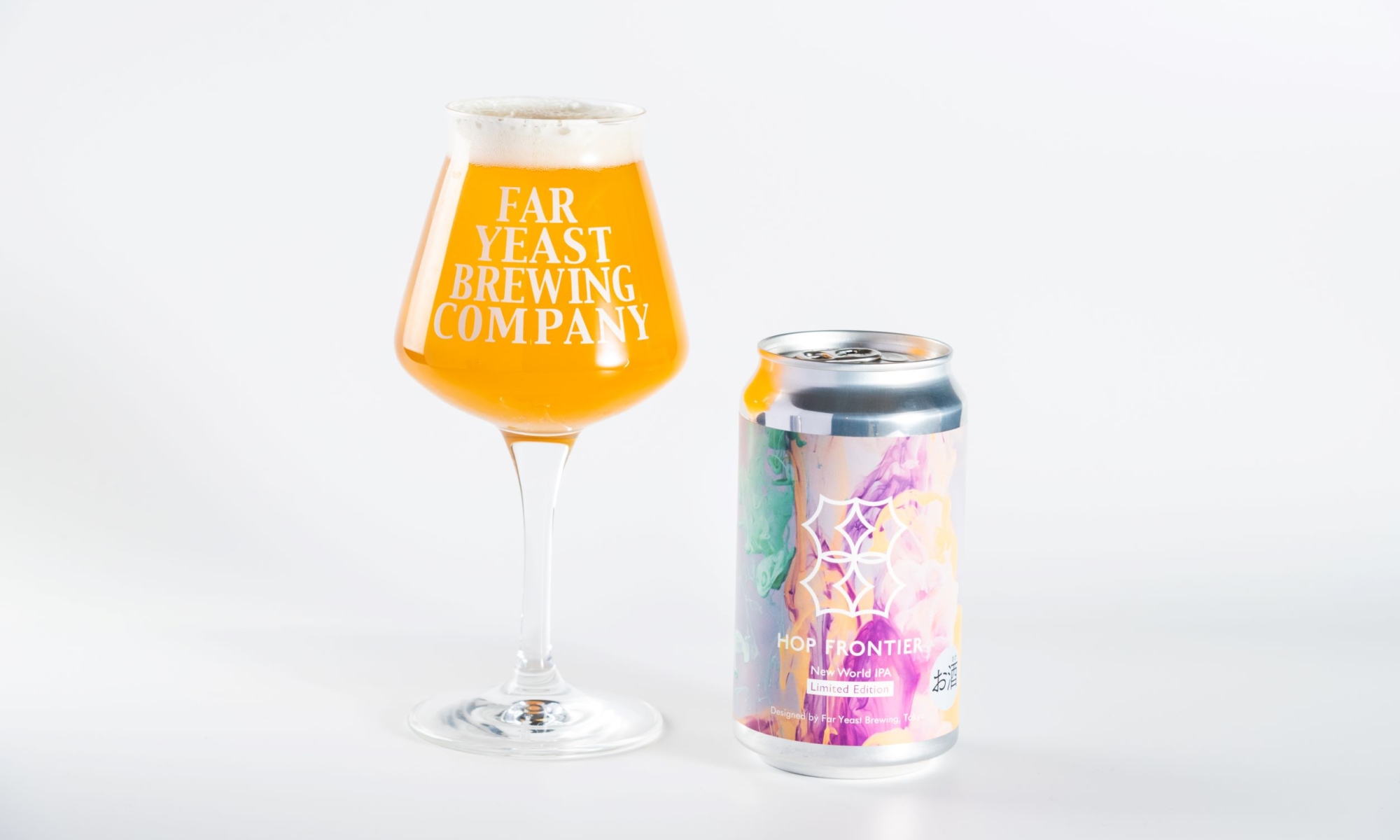 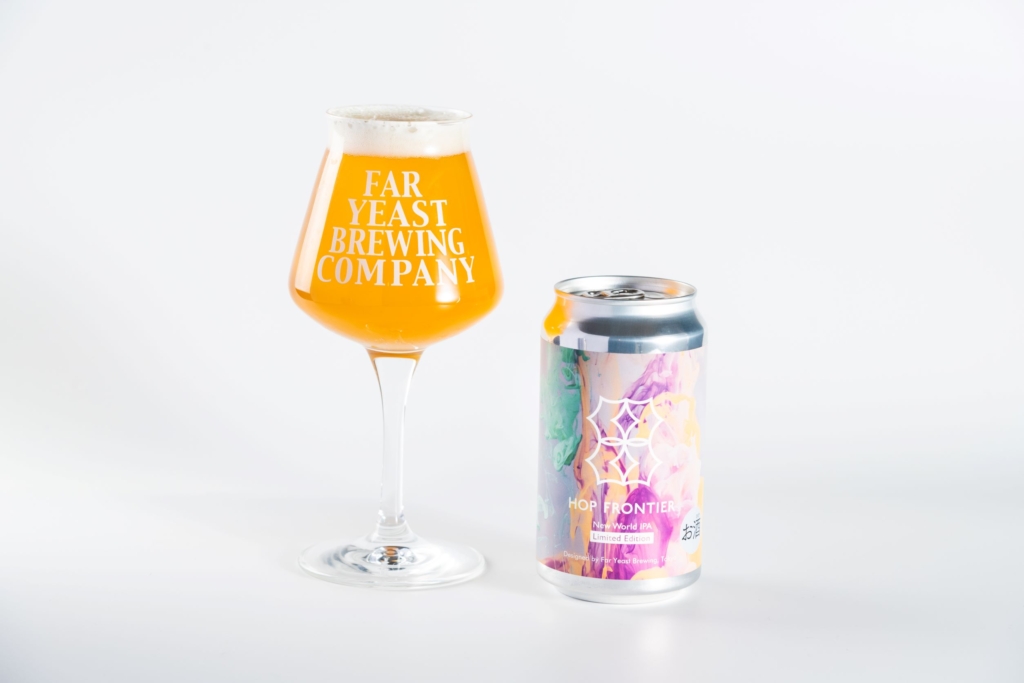 ■ Hop Frontier: Maximize the hop aroma by a scientific approach

Hop Frontier, which was one of the first beers in Japan to incorporate the latest hop theory and advanced brewing methods, was created using a scientific approach to maximize the aroma components of hops, and the first batch was released in March 2021. Four months later, it became Far Yeast Brewing’s new regular beer, and we began brewing it year-round. This Juicy IPA is full of fruity and tropical aromas.

Recent research into hop aroma compounds has led to a focus on “Survivables”, compounds that can remain as aromas in the finished beer product even after the whole brewing process. They are compounds with low sensory thresholds and are relatively difficult to volatilize. “Survivables” are compounds with low sensory thresholds and relatively low volatility, such as monoterpene alcohols, hop-derived esters, and thiols, which remain strong in the final beer product even after the brewing process, and are said to achieve high aromatic impact. Hop Frontier is a brewing method that effectively extracts these aromatic components and has taken on the challenge of maximizing a variety of aromatic ingredients that have been considered difficult to achieve in the past.

■”New World IPA”, a style that has been gaining attention

※1 What is New World IPA?
New World IPA is a style that uses hops from Australia and New Zealand. With the recent popularity of hop-forward beers, this style is gaining attention as a derivative of IPA. It was defined as “New Zealand-style India Pale Ale” in 2021 by the Beer Style Guidelines of the Brewers Association in the United States. It is characterized by an intense tropical fruity and grassy aroma flavor and bitterness that brings out the character of Oceania hops.

※2 What is CRYO POP™?
CRYO POP™ is the new trade name for TRI-2304CR, a hop product developed by Yakima Chief Hops® after several years of research into “Survivables.” Far Yeast Brewing is the first brewery in Japan to use this hop product in its products. TRI-2304CR maximizes this hop product’s solubility (ease of dissolving into liquids), allowing the beer to retain its fruity, ripe, and juicy aroma.