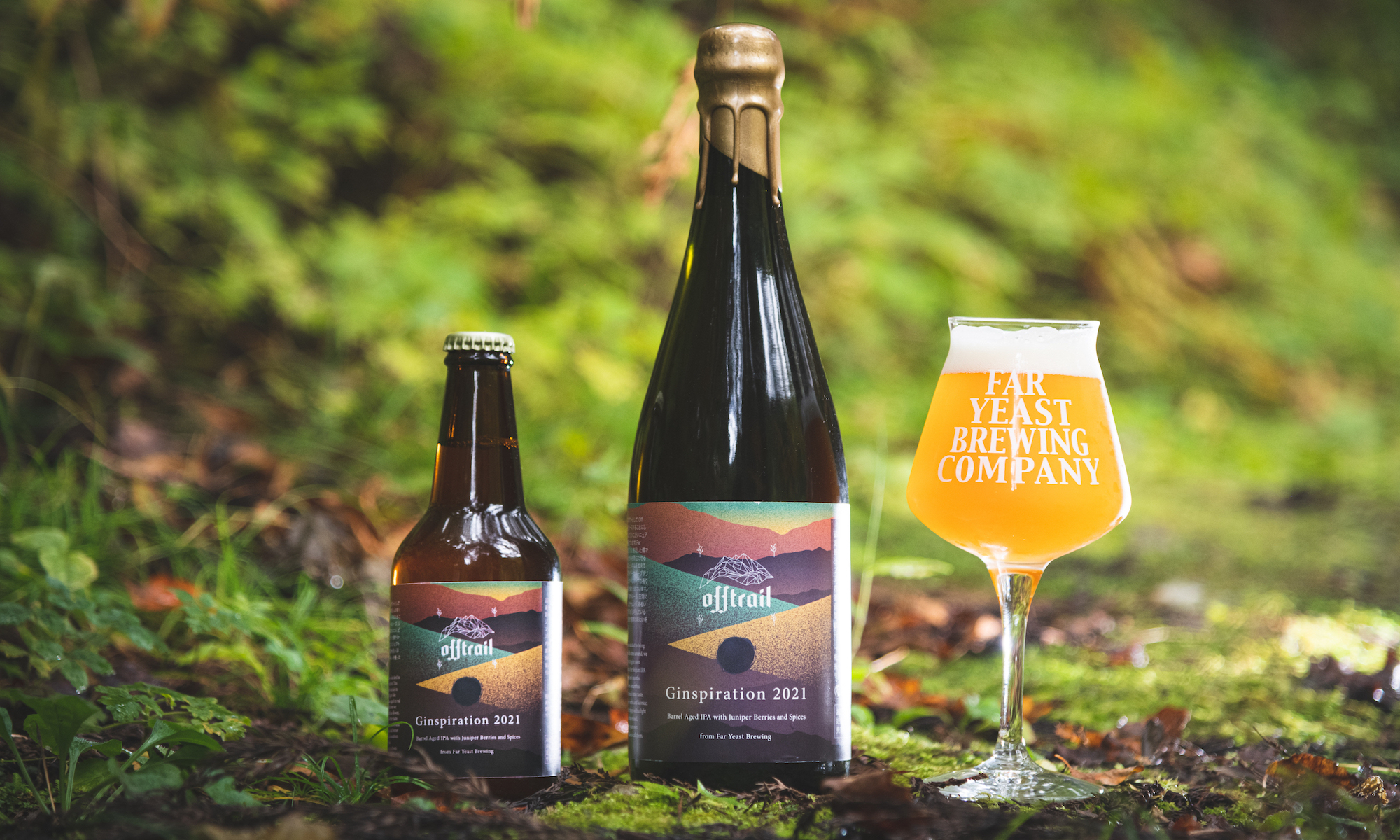 Craft beer maker Far Yeast Brewing Co., Ltd. (Headquarters: Kosuge Village, Yamanashi Prefecture, Representative Director: Shiro Yamada) introduces beers full of originality from Japan to the world, which will release “Off Trail Ginspiration 2021,” the commemorative beer, the 2nd anniversary of the “Off Trail” brand. It will be on sale on Saturday, November 13, 2021, and its pre-sale reservation will begin at 13:00 on Tuesday, November 9, at our official online store. 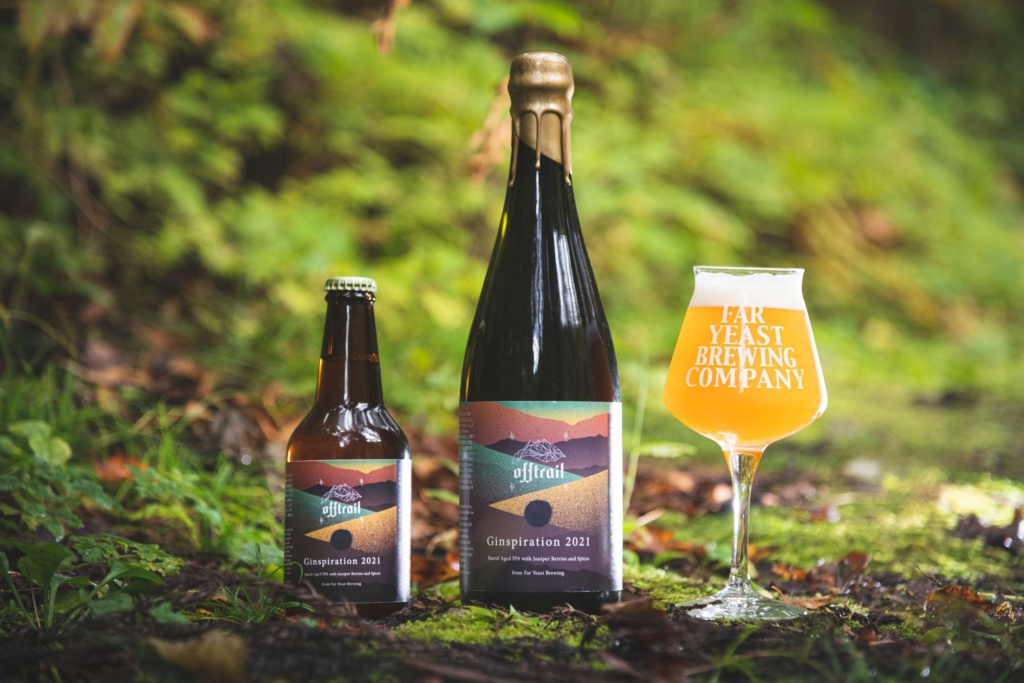 In November of 2019, we welcomed “Off Trail” into our brand portfolio as our third brand alongside “Far Yeast” and “KAGUA.” Utilizing microorganisms other than brewer’s yeast, we make a unique beer with a rich and complex taste by the barrel aging method of aging in wooden barrels. Released in February 2021, “Kriek in the Barrel” won the gold medal at the beer competition “Asia Beer Championship 2021” announced on October 28 and has been highly acclaimed internationally.

This brand’s second-anniversary commemorative beer, Off Trail Ginspiration 2021, is the 2021 version of the brand’s first product, Ginspiration, which was released in November 2019.

Off Trail Ginspiration 2021, like the first Ginspiration, is brewed with juniper berries used to make gin. This time, we have also added goldenseal and fennel to the botanicals to make it taste more like gin. Our standard beer, Far Yeast Tokyo IPA, was aged for six months in the same barrels used for red wine and gin, and then juniper berries, Chinese fragrant olive, and fennel were added to accentuate the robust bitterness of the beer further.

The aroma of spicy herbs, licorice, tannins from peach blossom barrels, and bitter hops are wrapped up in a light body and mild carbonation, resulting in a barrel-aged IPA with a sophisticated and complex flavor.

The “Off Trail Ginspiration 2021” will go on sale nationwide on Saturday, November 13, and the official online store will start pre-order reservations from 1:00 p.m. on Tuesday, November 9.

■The exclusive Off Trail beer flight will be offered at the Gotanda store for the 2nd anniversary.

To commemorate the second anniversary of Off Trail, our directly managed store, Far Yeast Tokyo Brewery & Grill, located in Gotanda, Tokyo, will be offering a limited-time beer flight from mid-November to enjoy a comparison of Off Trail Ginspiration 2021 and other past series. (Details will be announced on the official SNS.)

In addition, from Tuesday, November 9th, the official online store will sell a limited number of special sets※ commemorating the 2nd anniversary of the brand’s birth, which includes eight types of Off Trail beer released so far and two Off Trail branded glasses.

※for purchasing, please go to our online store from https://faryeast.stores.jp/

Set details：
●#9 Kriek in the Barrel

This set includes eight past Off Trail works and two Off Trail glasses created to commemorate the second anniversary.

These glasses allow you to fully enjoy the complex, multi-layered aromas of the Off Trail works.

As the temperature of the beer changes due to the warmth of your hands, the aromas will gradually change, and you will be able to enjoy the beer while feeling the aromas at each moment.