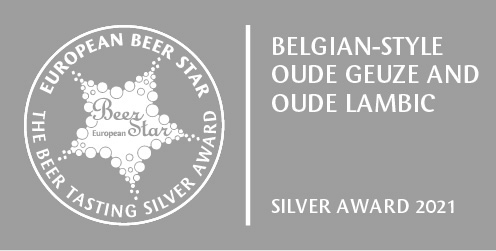 The judging for European Beer Star 2021 took place on November 4 and 5. Off Trail Kriek in the Barrel won a silver award in the Belgian-Style Oude Lambic and Geuze category.

Mainly traditional European beer styles are entered and awards are given to “authentic, distinctive and high quality beers”. This year’s competition was held on November 4 and 5 and judged by a panel of European Beer Star experts.

Even in Europe, where traditional beer styles are still very popular, there are many breweries that show diversity and originality, so for 2021, a new category called “Freestyle Beer” was added, and a total of 71 categories were judged.

【About the award-winning beers】 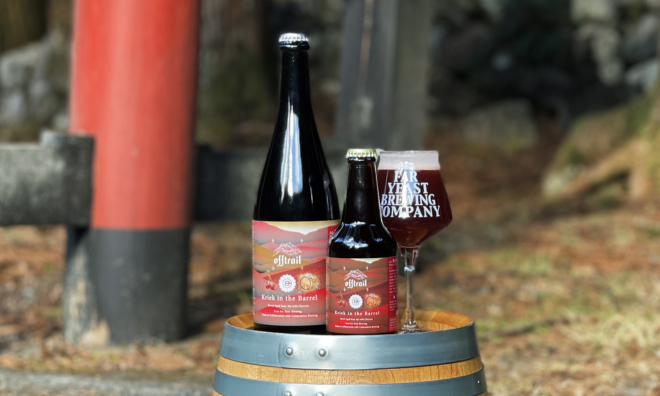 A barrel-aged fruit sour ale fermented and aged in oak barrels for eight months with wild yeast added to the wort of KRIEK IN THE FLESH, a collaboration beer with Portland brewery Culmination Brewing. The result is a well-balanced taste with a mild sourness followed by a bright cherry fruit aroma, and the oak barrel and leathery notes that only barrel age can provide.

Kriek in the Barrel was released once in 2019 and won a bronze award at the Asia Beer Championship 2019. It’s a product that has been highly praised internationally,

Off Trail is a brand that will take on the challenge of new possibilities in craft beer, and was launched in November 2019 as a follow-up to KAGUA and Far Yeast. The name “Off Trail” is derived from the image of going “off trail” (i.e., going down an unpaved road), which is a departure from “well-paved roads”. In order to produce a rich and complex aroma by utilizing microorganisms other than beer yeast, the beer is barrel-aged in barrels used for wine, sake and whiskey. We challenge ourselves to create unique flavors by blending seasonal fruits, such as grapes and peaches, and regional specialties to match the character of the base beer.

Culmination Brewing started in Portland, Oregon in 2015. A brewery that values local and pairings, the brewery is attached to a bar with over 20 taps and is led by owner and head brewer Thomas Sluiter, who brews a wide variety of over 100 different beers.