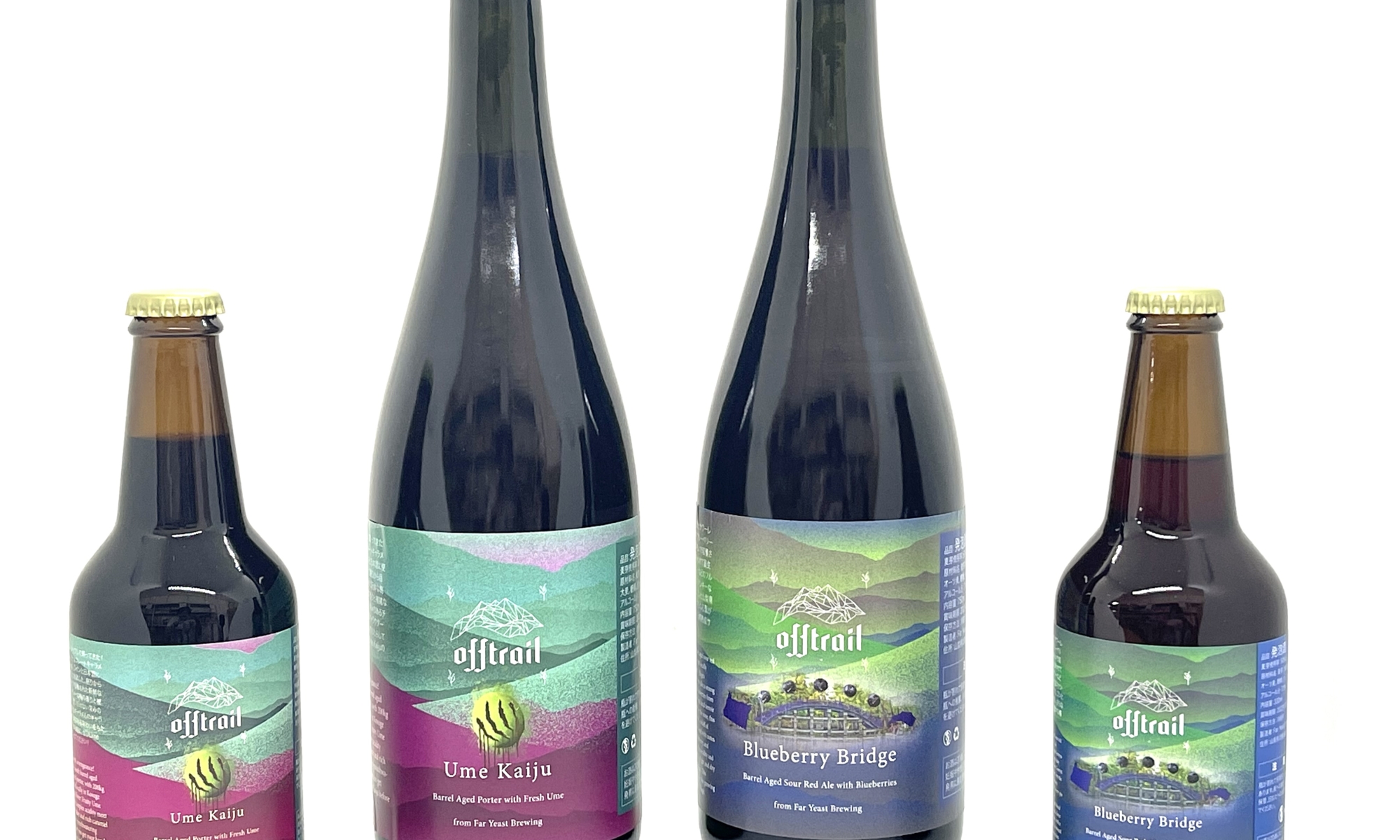 Craft beer maker Far Yeast Brewing Co., Ltd. (Headquarters: Kosuge Village, Yamanashi Prefecture, Representative Director: Shiro Yamada) that has been introducing beers full of originality from Japan to the world, will release “Off Trail Ume Kaiju,” made with plums from Kosuge Village in Yamanashi Prefecture, where the brewery is located, and “Off Trail Blueberry Bridge,” made with blueberries, at the same time on Saturday, October 16th, and will begin pre-order reservations on its official online store from 1:00 p.m. on Tuesday, October 12th. 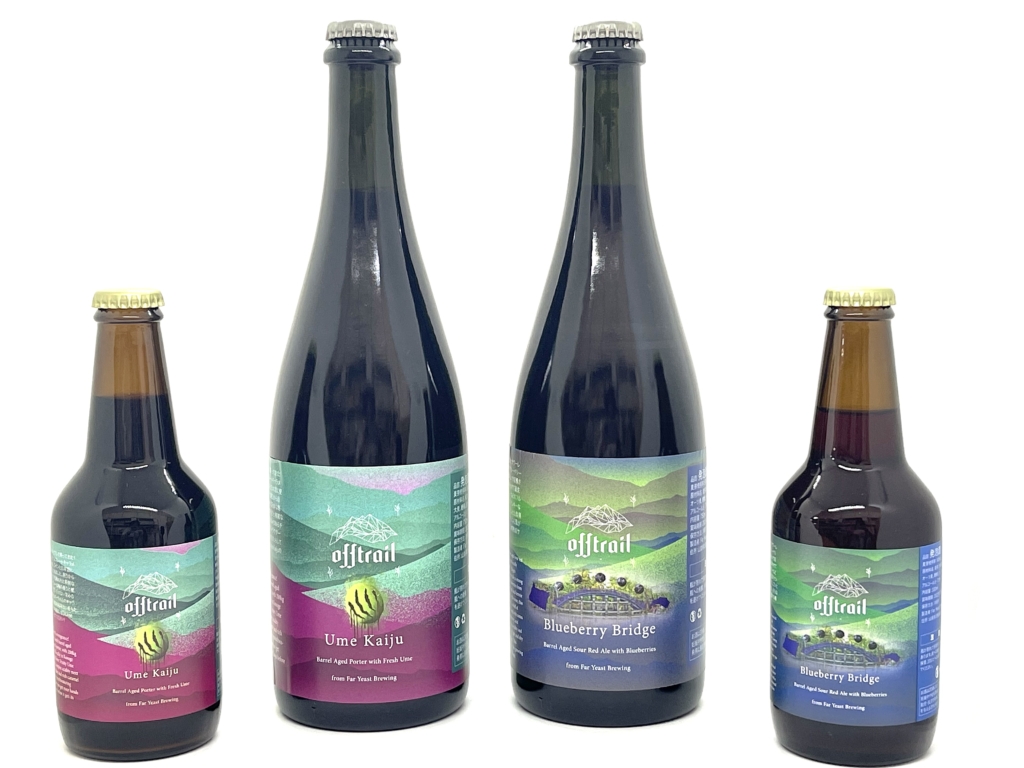 In October 2020, Far Yeast Brewing relocated its head office to Kosuge Village in Yamanashi Prefecture, where the brewery is located. Since then, it has strengthened its ties with local agriculture producers and companies in Yamanashi Prefecture, actively collaborating with them to create beers using local products. From this backdrop, Far Yeast Brewing will be releasing two limited edition beers, Off Trail Ume Kaiju and Off Trail Blueberry Bridge, brewed to have a “Terroir Kosuge” by utilizing the resources of Kosuge Village.

The French word terroir refers to the unique characteristics of a place, such as its soil, climate, and topography. Our brand “Off Trail,” which is dedicated to innovative beer making, expresses terroir by describing the local land and local environment. Our terroir Kosuge this time is a release from “Off Trail.”

Mr. Hiroki Aoyagi of boonboon, a company that is in charge of managing plum trees that have become difficult to care for and conducts workshops on making food using plums, and the NPO Genryu Mirai, which is engaged in cultivating berries and bamboo shoots on farmland that is about to be abandoned gave us their hands to use plums and blueberries harvested in Kosuge Village for beer brewing.

Just as we did in 2020 when we brewed “Ume-kin’Me Crazy,” this year our brewery staff, along with Mr. Aoyagi from boonboon, harvested 200 kg of plums from the plum grove managed in Kosuge Village. And, we took on the challenge of brewing a beer using Kosuge Village plums. The base beer is “kiwi kaiju,” a salted chocolate caramel porter with cacao nibs sold in limited quantities in April 2020 and aged in oak barrels for 18 months. Aged and preserved plum fruits are soaked in this base beer for several weeks. The wild yeast that lives in the skin of the plum fruit gives additional depth to the flavor. The fruity plum aroma and complex acidity mix with the base beer’s rich chocolate and caramel flavors to bring a perfect balance and dimension to this plum-aged fruit sour beer. The result is an impactful beer with a completely different character from last year’s “Ume-kin’Me Crazy.”

We combined a barrel-aged sour red ale with fresh blueberries from Kosuge Village and blueberry puree with strong fruit flavor from the Oregon Fruit Project in Oregon, USA. After four weeks of fermentation, the beer has the complexity brought by the wild yeast of the berries with the unique terroir of Kosuge Village. It has a strong blueberry aroma with a hint of cherry pie. On the palate, rich fruit flavors of blueberries, strawberries, red currants, raspberries, and blood cherries unfold, followed by layers of funky flavors. The finish is light and dry, with a crackling, popping foam. A fruity, barrel-aged sour ale that bridges Oregon and Kosuge Village.

The “Off Trail Ume kaiju” and “Off Trail Blueberry Bridge” will be on sale on Saturday, October 16. Our online store will start pre-order reservations from 1:00 p.m. on Tuesday, October 12.