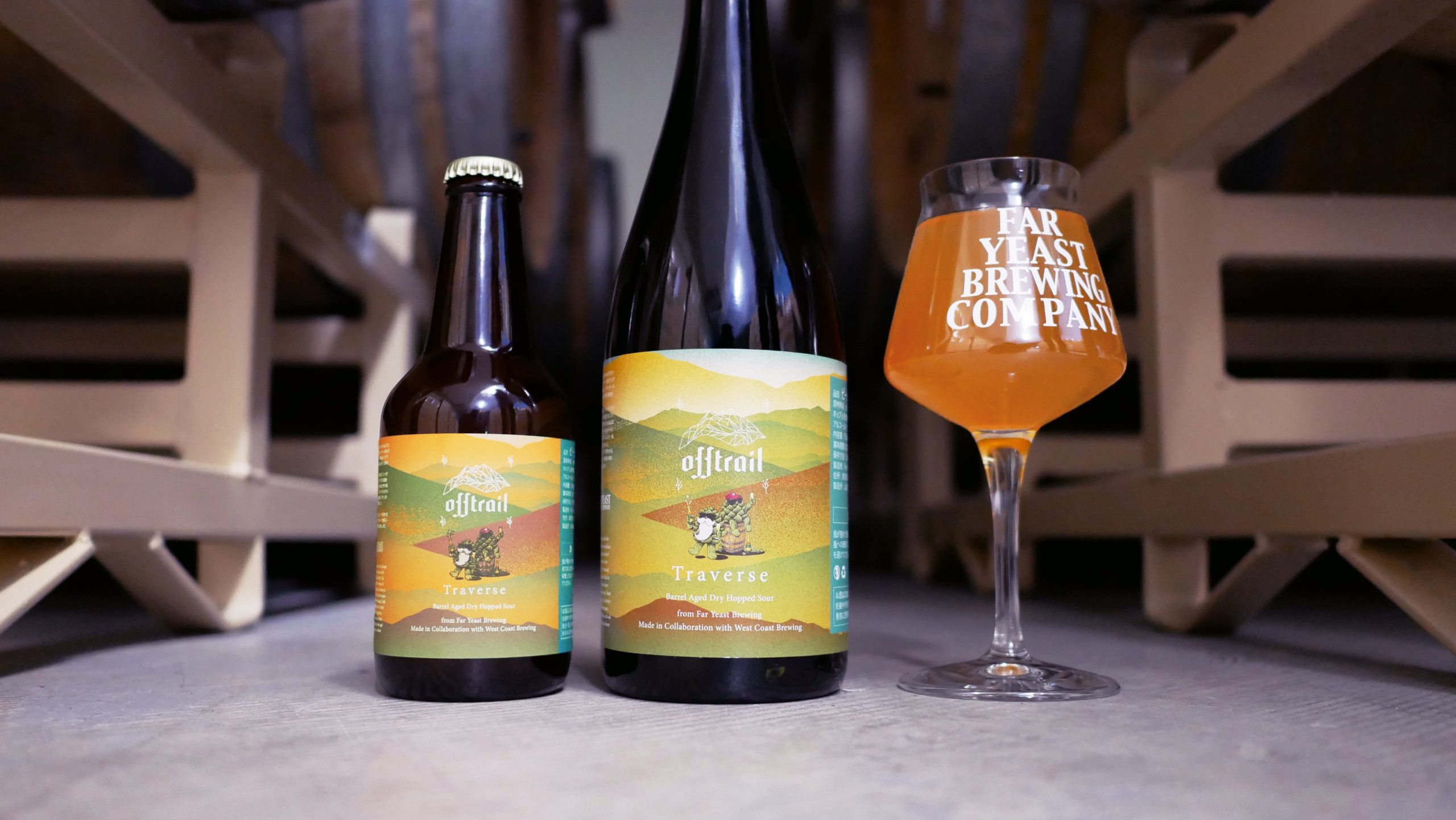 Far Yeast Brewing launches a limited release, “Traverse”, a collaboration beer with West Coast Brewing in Shizuoka. Traverse will be available on the FYB online store starting at 18:00 on Wednesday, October 28th. https://faryeast.stores.jp/ 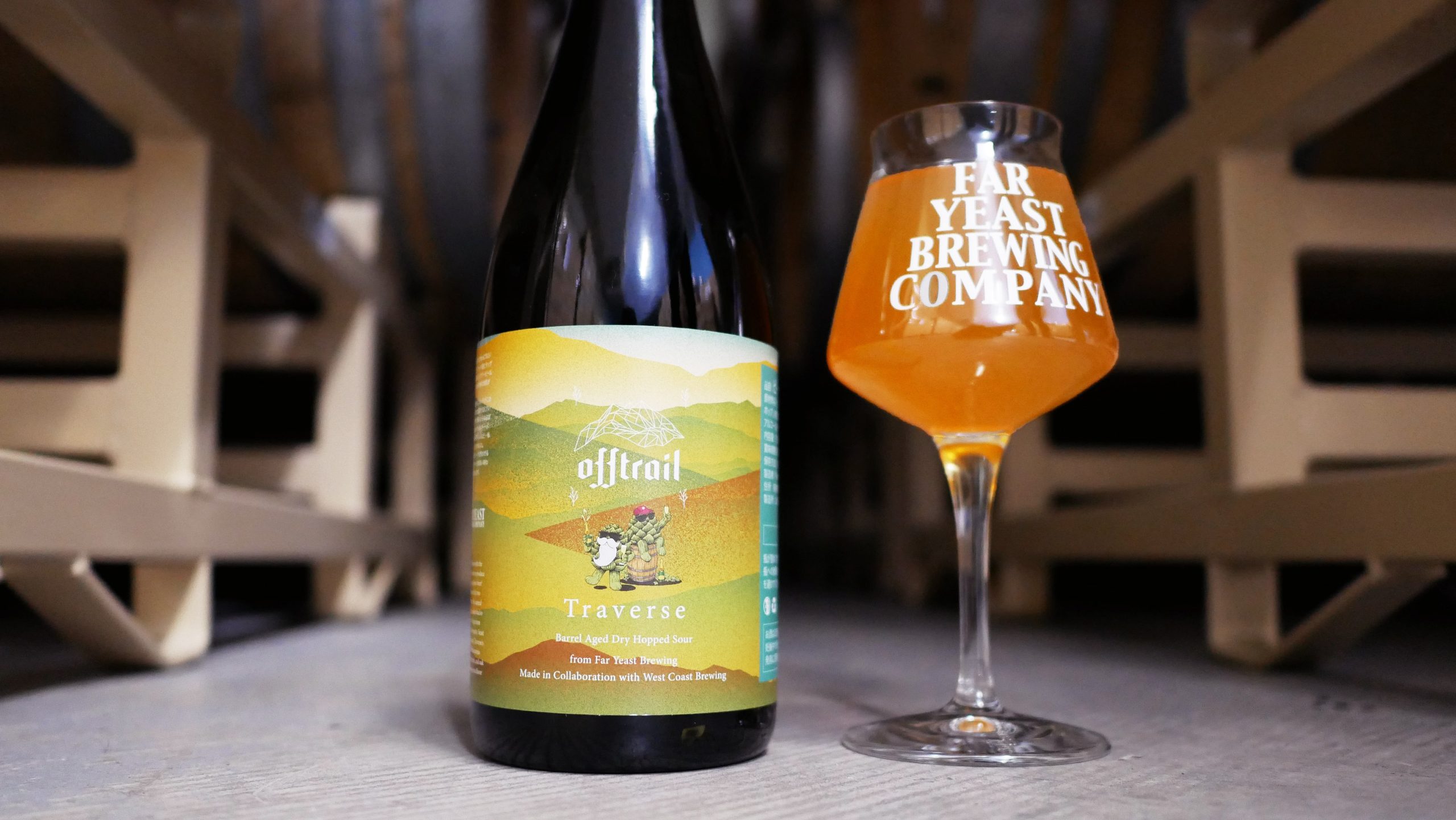 To make Traverse, the Off Trail team joined forces with the hop heads over at West Coast Brewing in Shizuoka to produce the best of both worlds: a dry-hopped barrel-aged sour beer! Last July, the WCB brewers came to our brewery in Yamanashi to select the barrels and hops that would go into this blend. Traverse’s Tangerine, White Grape, and Tropical Fruit aromas combine with the gentle sourness, bretty funk, and oak aged goodness of the base beer to take you on a flavor journey across the world.

We named this beer in honor of the long distances the ingredients had to travel to Japan from the far corners of the globe: Hops from New Zealand, Malt from Belgium and Germany, Yeast from the United States, Barrels from France.

750ml bottles are available on the FYB online store beginning at 18:00 on Wednesday, October 28th. Kegs and 330ml bottles will ship out starting on Thursday, November 12th.

In the spirit of collaboration, we also made a beer over in Shizuoka at the WCB facility: “Yeast meets West”. This pilsner style beer uses cedar from Kosuge village, home of the Far Yeast Brewing Genryu Brewery. “Yeast meets West” will be available on the WCB official EC site (https://wcbshizuoka.stores.jp/) and various bottle shops and beer bars as of Thursday, October 22nd.