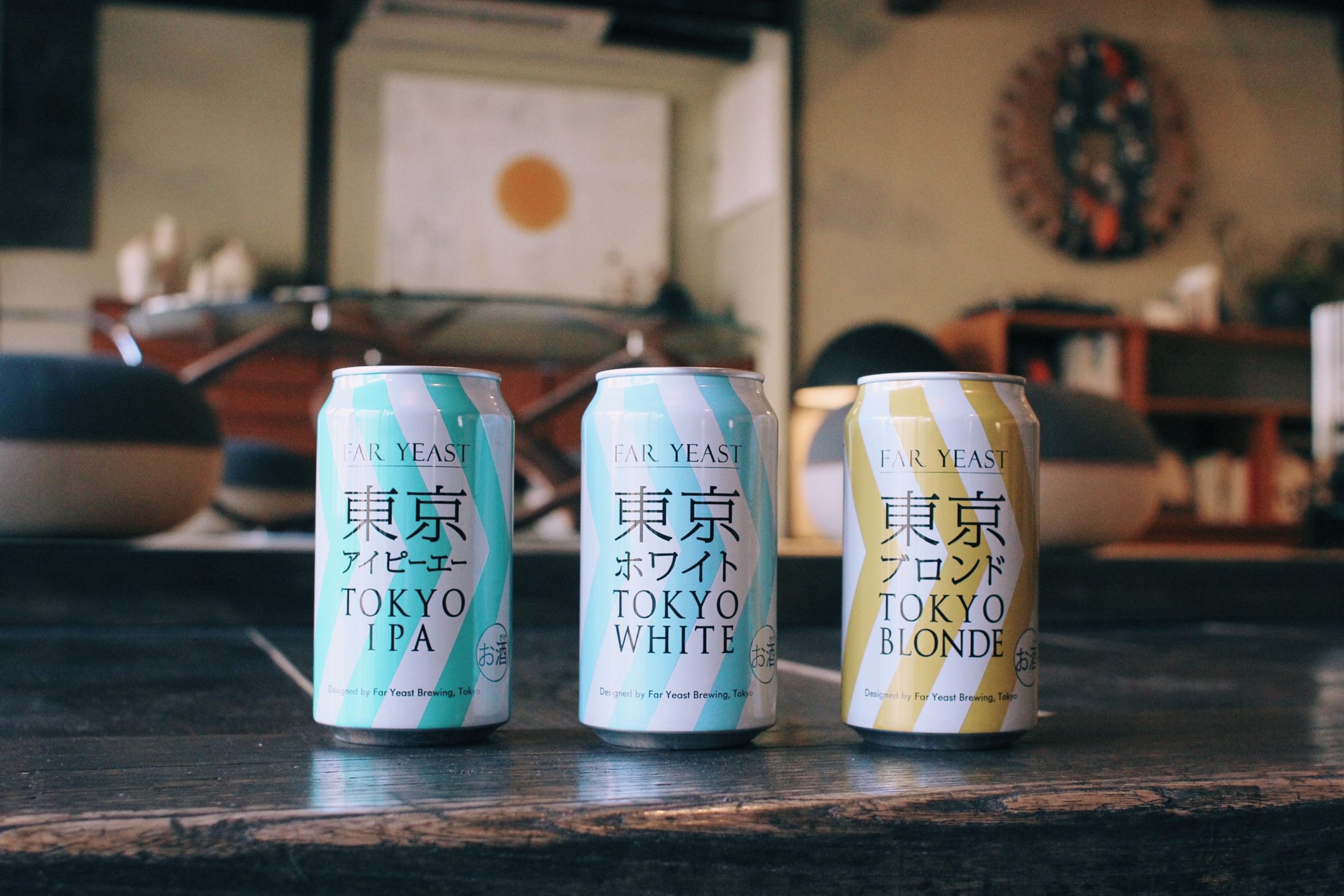 In the Japanese craft beer industry, it is still common that smaller size breweries outsource beer brewing and canning to a larger contract brewery who already has canning equipment. However, we decided to install a can filling system of our own to package canned beer on site in Kosuge Village, Yamanashi Prefecture. The result: a full-scale entry into the canned beer market to expand our sales channels and bring our products to more beer fans. To start, we’re canning our flagship beers, Tokyo Blond, Tokyo White, and Tokyo IPA, but look out for new products in the near future. 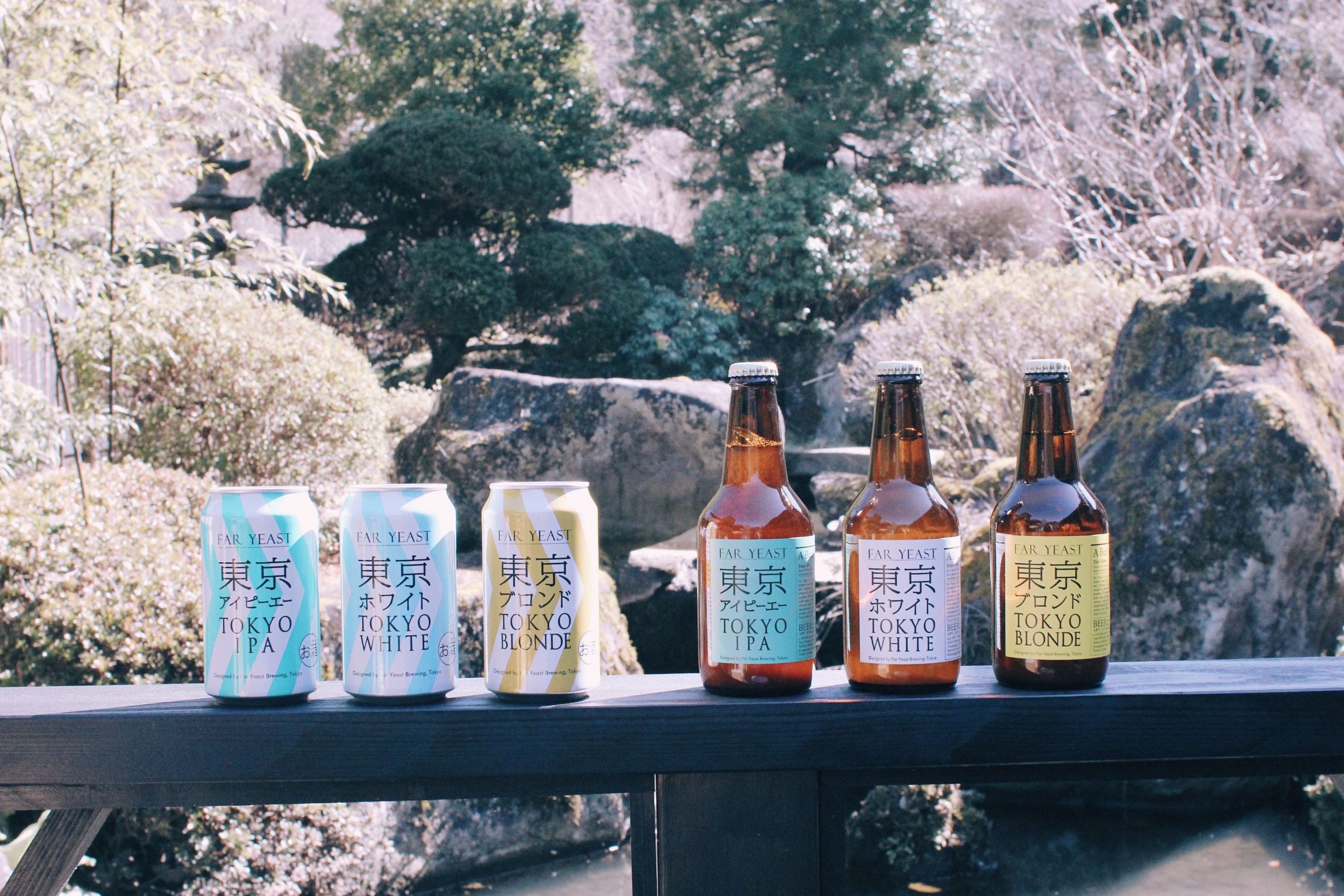 The aluminum can package for craft beer is now very common in the United States and other countries that have advanced craft beer culture because the aluminum can package has multiple advantages for beer’s shelf stability and environmental impact. Shelf stability increases because of the can’s opacity compared to other packaged types – important flavor compounds contributed to the beer by hops are altered negatively by the presence of light, producing a “skunky” off flavor in the beer. Additionally, the cans’ reduced weight and more efficient space occupation increases transportation efficiency, decreasing the carbon footprint needed to move beer from brewery to customer as compared to glass. In Japan especially, the recycling rate of aluminum cans is over 90%※. So, aluminum cans are the most sustainable way to package beer.

What makes this canned Far Yeast series special compared to the other canned beer is that the beer is can-conditioned, also known as “can re-fermentation.” After the primary fermentation, a little extra sugar and yeast are added before the liquid is sealed in the can. As a result, the trapped CO2 produced by fermentation creates a soft, silky carbonation in the beer, enriching the flavor. Also, the oxygen remaining in the aluminum can is metabolized during the re-fermentation process, reducing the risk of beer oxidation and maintaining long-term quality, and extending the beer’s shelf life to 12 months.

The simple and stylish package design expresses Tokyo with a sophisticated quality and a lively feeling that keeps evolving every day. The easiest way to differentiate the products is by the can’s color: golden for Tokyo Blond, refreshing light blue for Tokyo White, and hops green for Tokyo IPA.  The right-pointing arrows indicate the direction of Tokyo as seen from Europe, the center of beer culture. We will keep creating new value by sending beer full of originality from Japan to the world for customers to enjoy.

※ The aluminum can recycling rate in Japan reached 93.6% in 2018. Source: Japan Aluminum Can Recycling Association.

Photos were taken at “NIPPONIA Kosuge Genryu No Mura” in Kosuge Village where our Genryu brewhouse is located. This hotel’s original building was constructed at the end of the Edo era about 150 years ago. Originally it was the stately home of the village samurai, finally reborn as a hotel in the Summer of 2019. 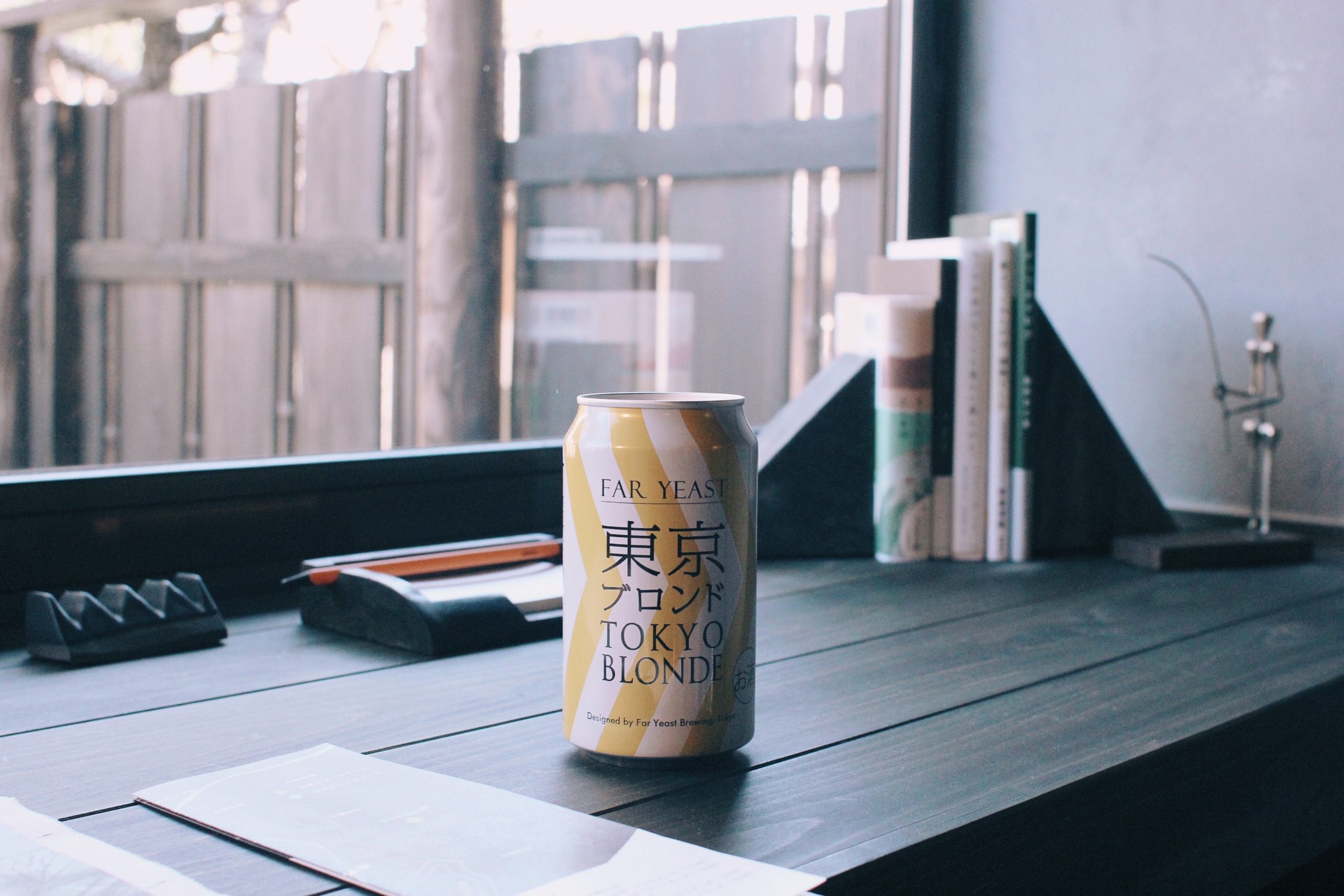 Golden ale with a surprisingly rich aroma derived from only the best seasonal hops. 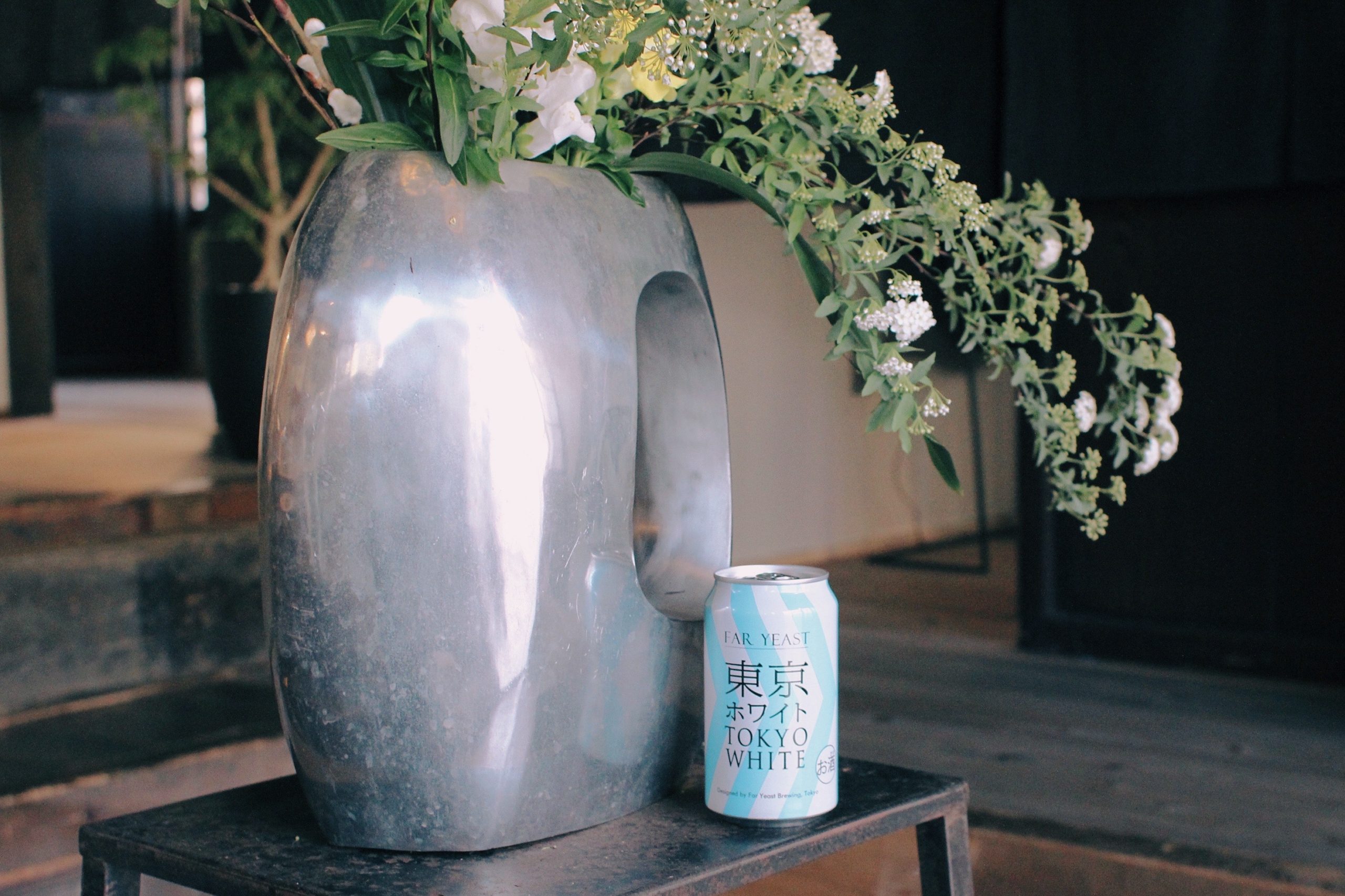 Dry, smooth Saison boasting an aroma that is both refreshing and fruity, derived from a combination of esters and hops. 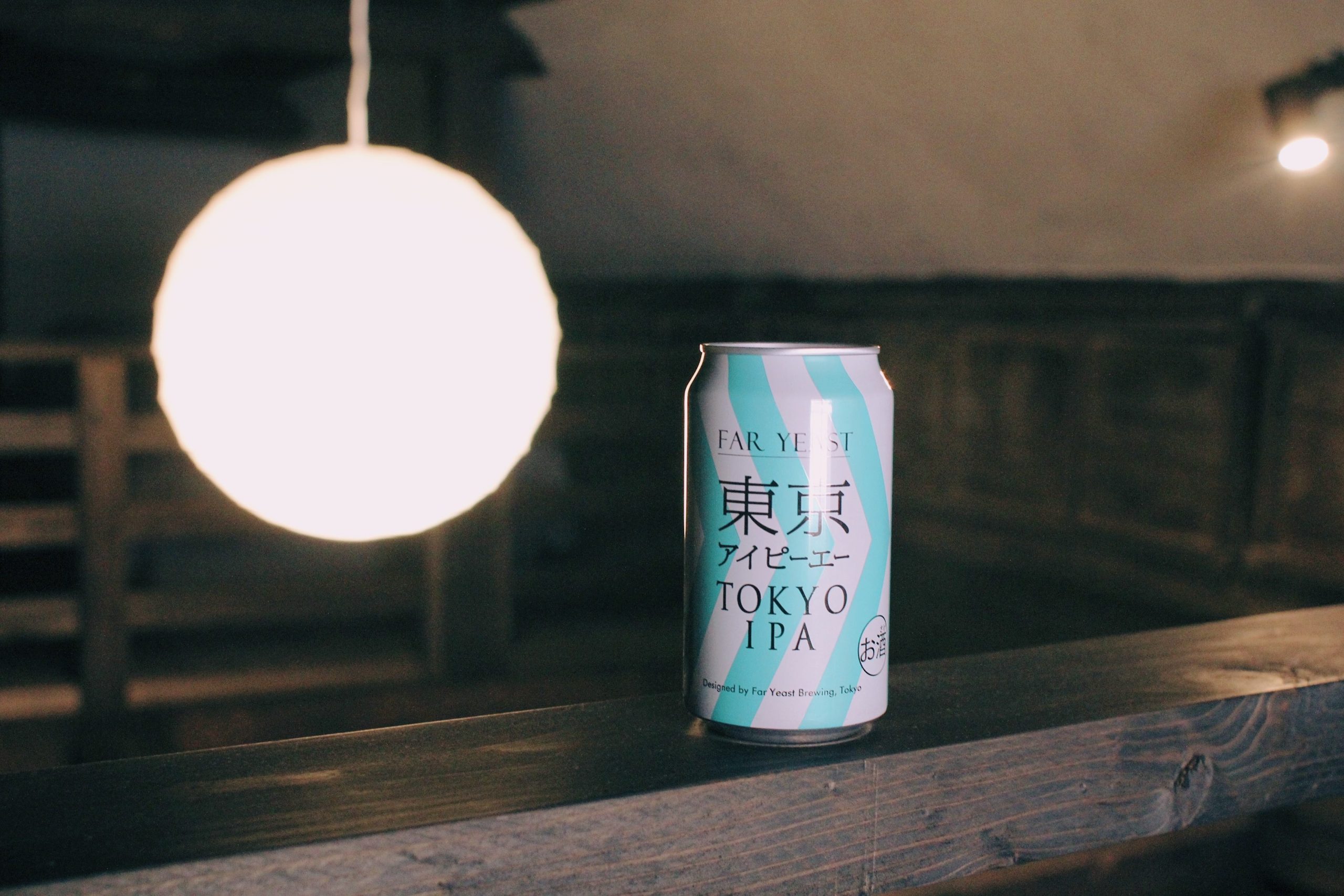 At Genryu Brewhouse, Far Yeast is brewing craft beer including Tokyo-themed “Far Yeast” brand products using water from the Tamagawa headwaters, one of the water sources of Tokyo.

About the Far Yeast brand

The Far Yeast brand was launched in April 2014 as the second brand from Far Yeast Brewing, following the KAGUA brand. As a craft beer company based in Tokyo, wishing to deliver the appeal of various beers from Tokyo, one of the most world-renowned cities, in April 2017 we started our own brewery “Genryu Brewhouse.”  At Genryu Brewhouse, we brew our three flagship beers, Tokyo Blonde, Tokyo White, and Tokyo IPA, as well as several seasonal and special limited beers, each inspired by Tokyo’s beauty and ever-changing mix of tradition and cutting-edge culture.

“Democratizing beer” – Developed under the mission to “ re-establish the diversity and abundance of true beer culture, which has sadly been hidden by relentless over-commercialisation.” To achieve this goal, we enlist our Japanese flavored beer brand “Kagua,” Tokyo themed brand “Far Yeast,” and Innovative beer brand “Off Trail” to spread our distinctive beers to the world.