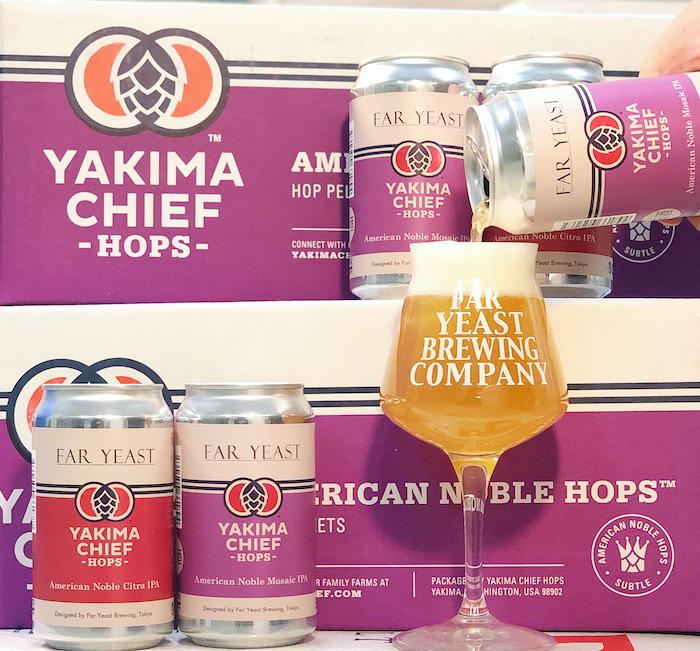 Far Yeast Brewing began participating in the annual Yakima Chief Hops hop selection event in 2019 where we deepened our relationship with hop farmers and suppliers. The event includes visits to hop harvesting and processing sites, participation in various seminars, and hop selection and purchasing.

When we received the proposal from Yakima Chief Hops to co-develop a beer using one of their innovative hop products, American Noble Hops™, we jumped at the opportunity.

After many discussions, we settled on the decision to make a classic American IPA.

American Noble Hops™ is a hop product designed to give beer the characteristics of fruity, tropical-flavored hop varieties from the Pacific Northwest, such as Cascade, Citra®, Mosaic®, and Simcoe®, without the bitterness of these high-alpha varieties. Instead, the bitterness comes across as mild, refreshing, and balanced, more like a traditional European noble hop*.

What is a Noble Hop?

Noble hops are traditional hops originating in Europe that have been used in brewing since ancient times and are known for their pleasant aroma and low bitterness. The four noble hops are: Saaz, Hallertauer Mittelfrüh, Spalt, and Tettnang.

YCH is a 100% grower-owned global hop supplier with a mission to connect brewers with family hop farms. Operating for more than 30 years, we have become more than a hop supplier. We are leaders of innovation, quality and customer service. We are a resource for brewers, providing solutions-based products and industry leading research. We are advocates of sustainability and meaningful social causes, working to support the environment and communities around us. Great beer starts in the field, and we strive to build relationships between growers and brewers that help farms grow better hops and brewers brew better beer.  https://www.yakimachief.com/ 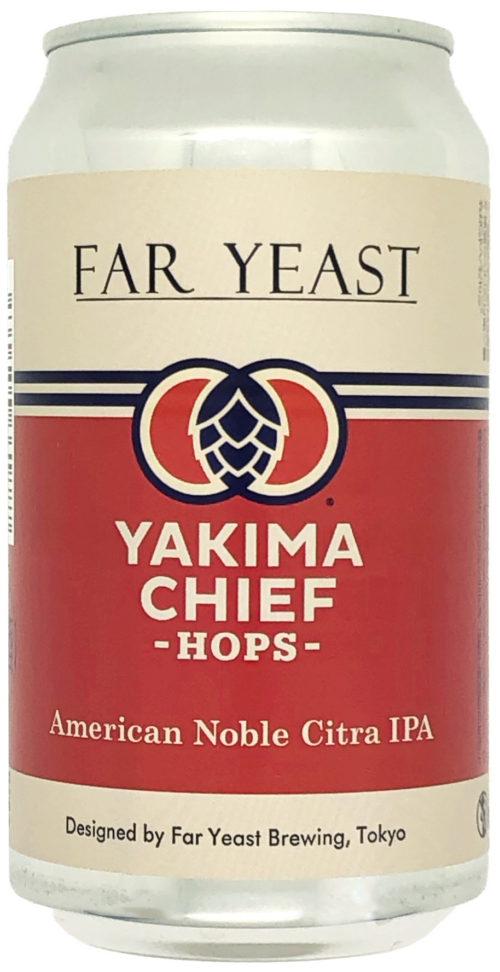 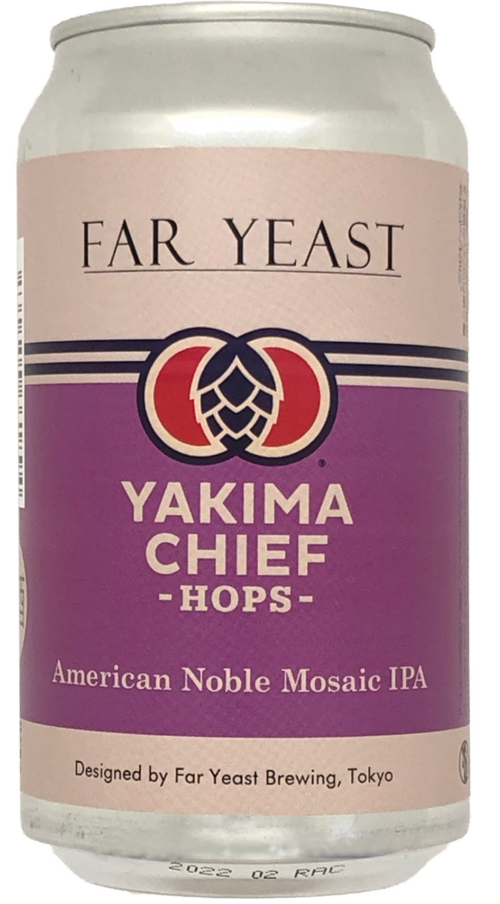 Far Yeast Brewing (Head Office: Kosuge Village, Yamanashi Prefecture, Japan; President: Shiro Yamada) whose mission is to introduce original beers from Japan to the world, will release the 9th installment of the “Off Trail” brand: “Kriek in the Barrel”, a collaboration with our good friends at Culmination Brewing in Portland, Oregon, on Saturday, February 20th. The Off Trail program aims to innovate in brewing, seeking new challenges with each project. 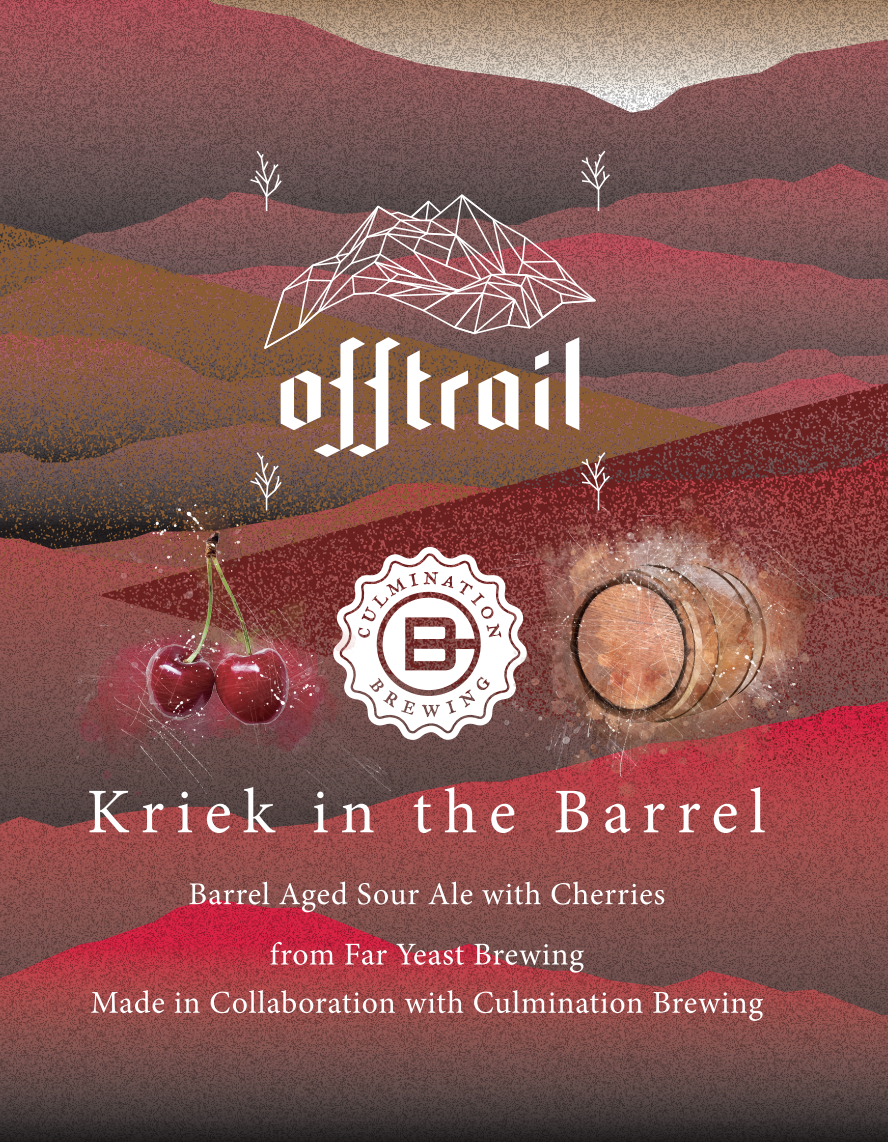 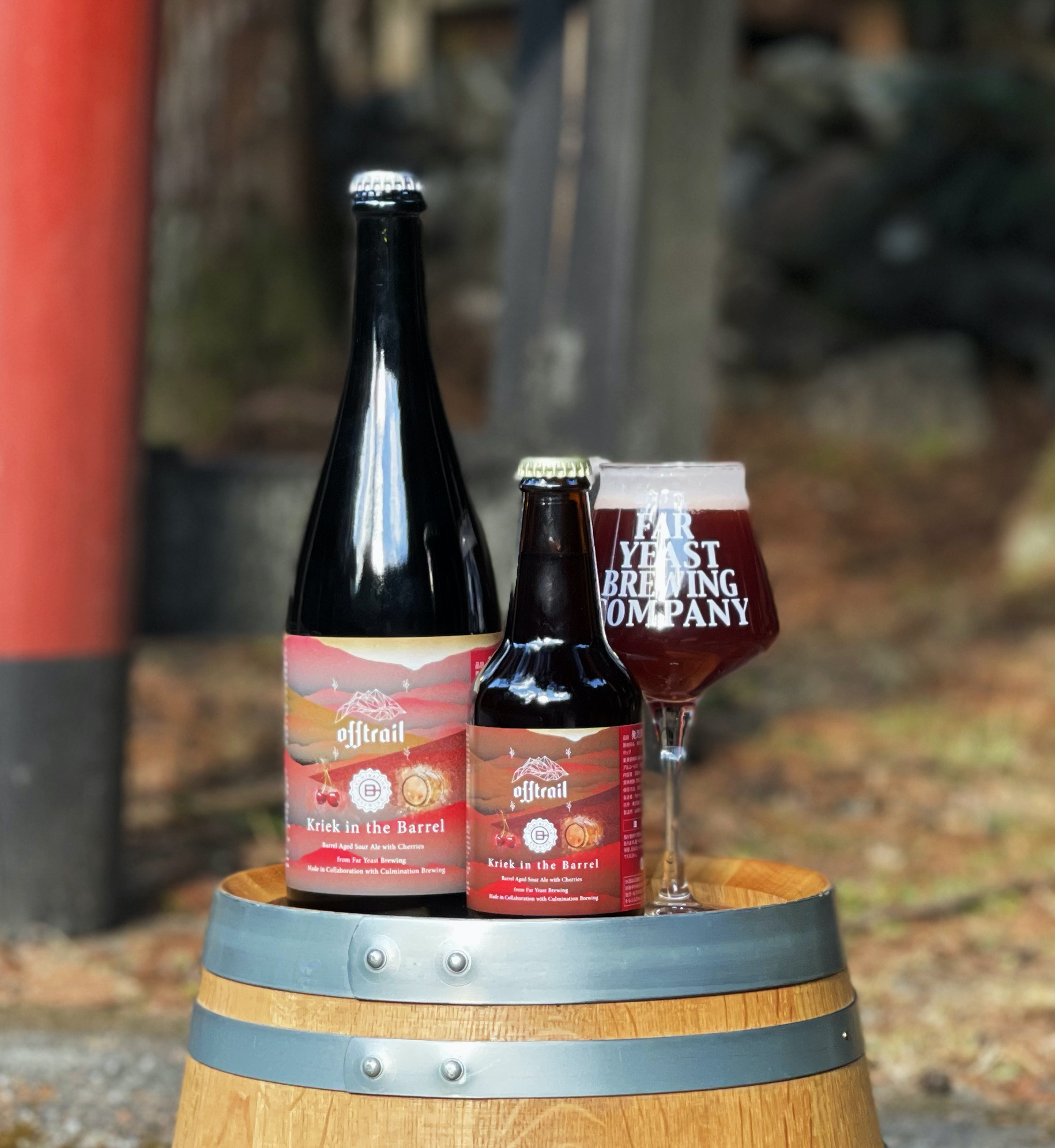 This edition of “Kriek in the Barrel” marks our 4th collaboration with Culmination Brewing and the second time we have done this project. The beer begins as a kettle soured* cherry ale before it is divided in two. Part of it goes to a stainless steel fermenter and becomes “Kriek in the Flesh”, most recently released in June of 2020. The rest of it is transferred to oak barrels where it ferments on a wild yeast called Brettanomyces for 8 months. This longer aging time, different vessel, and abnormal yeast, produces a depth and complexity of flavor that makes this beer truly spectacular.

＊Kettle souring is a traditional method for making sour beer in which the wort undergoes a lactic acid fermentation by live bacteria added to the boiling kettle before the main fermentation.

Kriek in the Barrel will be released on February 20th nationwide in Japan.

Culmination Brewing Company, who earned the prestigious “Mid-sized Brewery of the Year” award at the 2019 Oregon Beer Awards, was founded in the heart of Portland, Oregon in 2014. Known for their ever-growing, large selection of classic and innovative beers, Culmination Brewing Company is a locally driven brewery focused on community and collaboration. They are committed to bringing great beer, good food, and community together in one concept, under one roof. 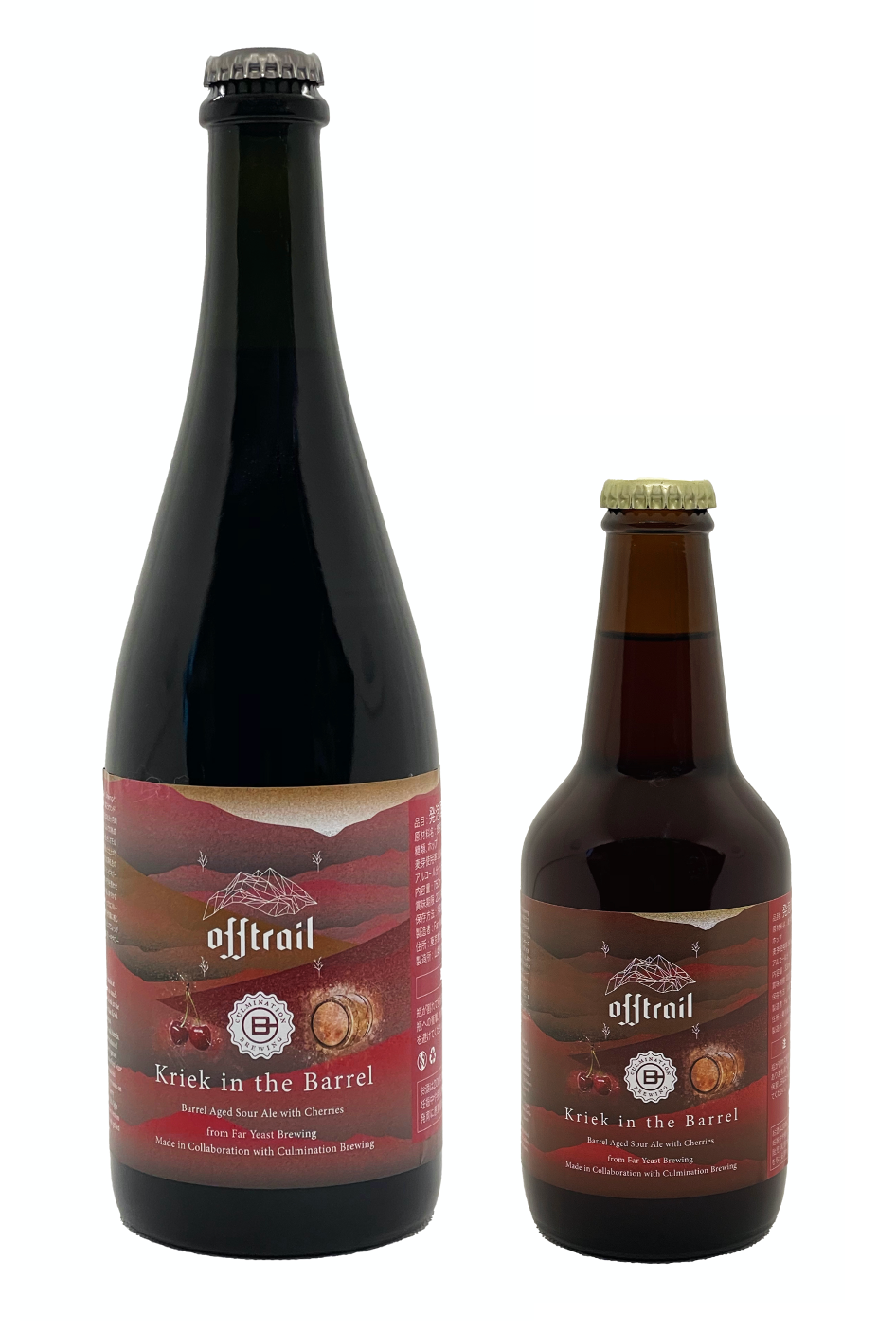 Product name: Kriek in the Barrel